Ivan Bilibin illustrated Andersen's masterpiece Little Mermaid (in Russian Rusalocka) in Paris. It was published as La Petite Sirene in 1937 by Flammarion in their prestigious collection Albums du Pere Castor.
Text is translated and adapted by Bilibin who stayed very faithful to the Danish original. 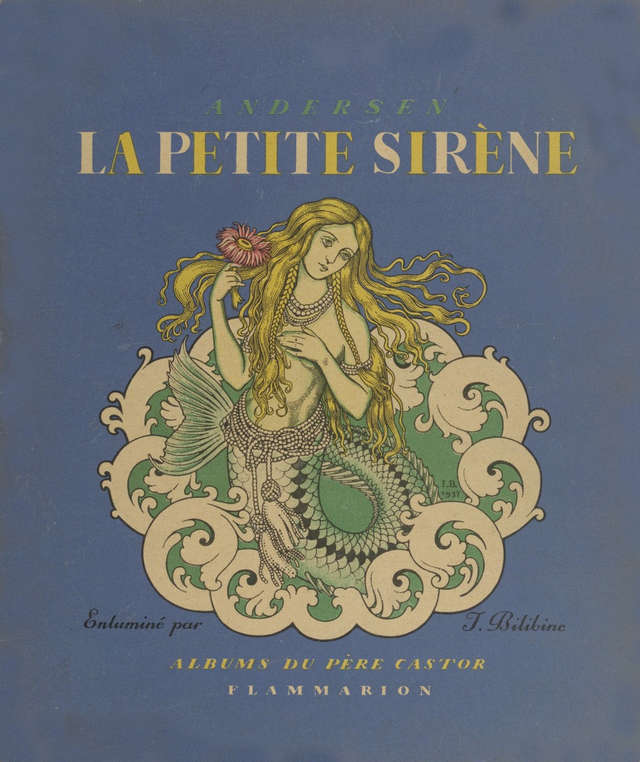 As you will see, Igor Bilibin signed each picture in cyrillic (initials) and latin (with French version of his surname: Bilibine).
​But let's start with a vignette and a decorative capital letter. There's also a fancy border in Art Nouveau style, typical for Bilibin, yet the only one in the book.
You'll notice some of the pictures are in black and white, other in full color. This was very likely publisher's decision, depending on the cost budget of the edition. 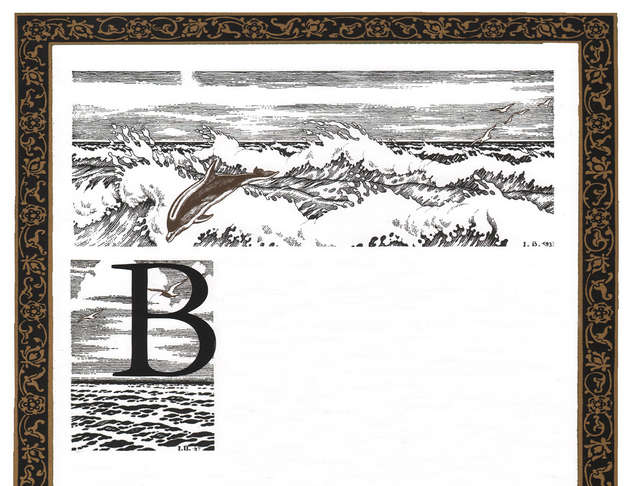 Little Mermaid is not like her sisters and other sea creatures. The land attracts her more than anything else and she dreams about the possibility of being a part of it. She is not allowed to get to the surface of the ocean until she is old enough. The age barrier is very common in fairy tales. Everybody can probably remember dramatic happening following the 'right' age of Snow White or Sleeping Beauty. 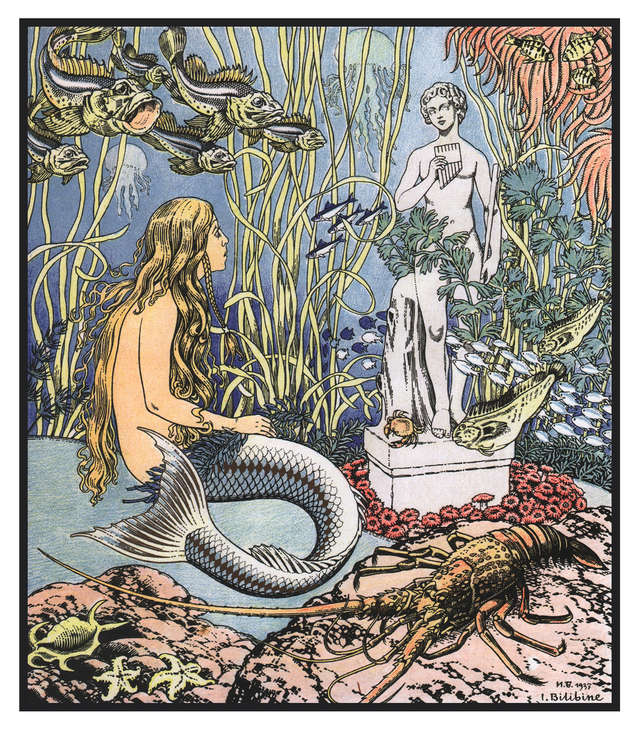 Strong black borders add some drama to the illustrations which are loaded with tiny details. You'll probably notice Bilibin choose the scenes with dreaming or optimistic feel for color pictures. 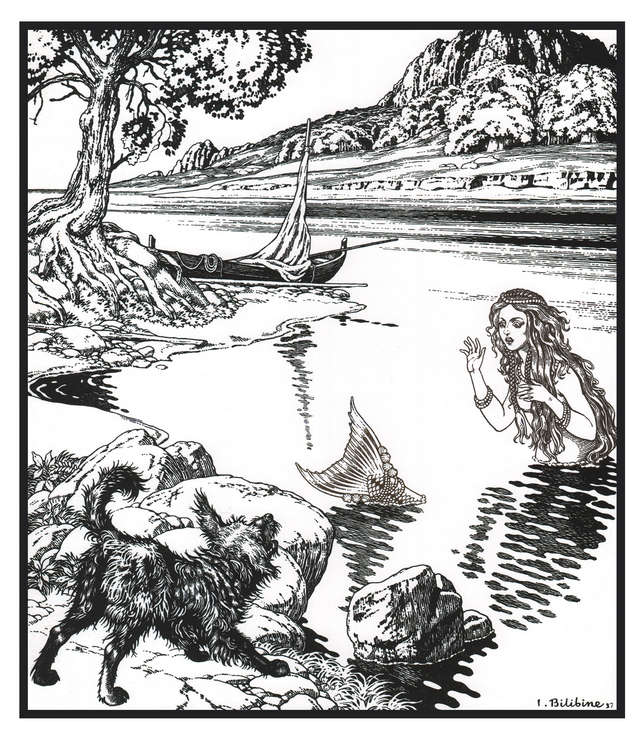 The ship is another mystery to the Little Mermaid. It looks magnificent and powerful, yet fragile and insecure at the same time. Weather conditions serve as a starter of the story - the ship sinks and the prince who was sailing on it, is in danger. 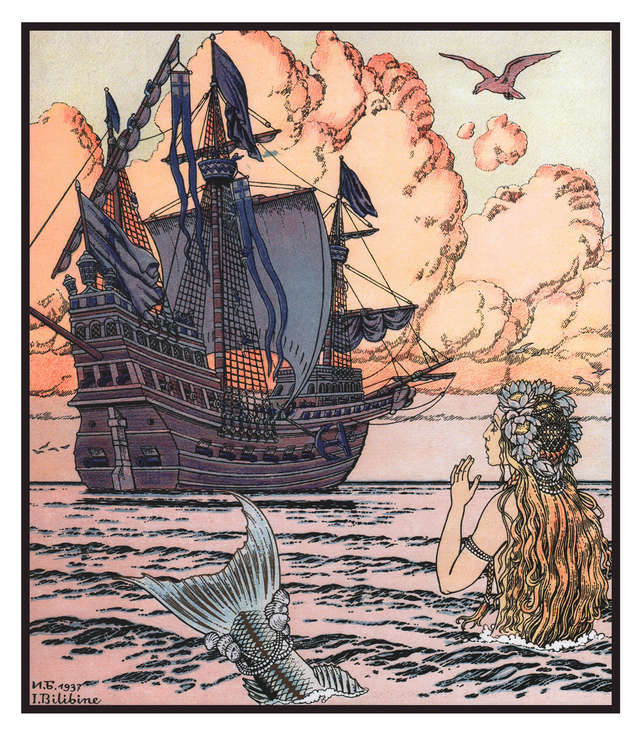 The Little Mermaid rescues the prince who lost consciousness.
There are actually two different shades of black used for this picture. One is completely black, showing merciless of the powerful nature, the other warmer, brownish, used only for the figures of the prince and the mermaid. Can they become lovers?
Please note how the illustrator skillfully used the lines and curves to join and separate the elements of water and air from the living beings. 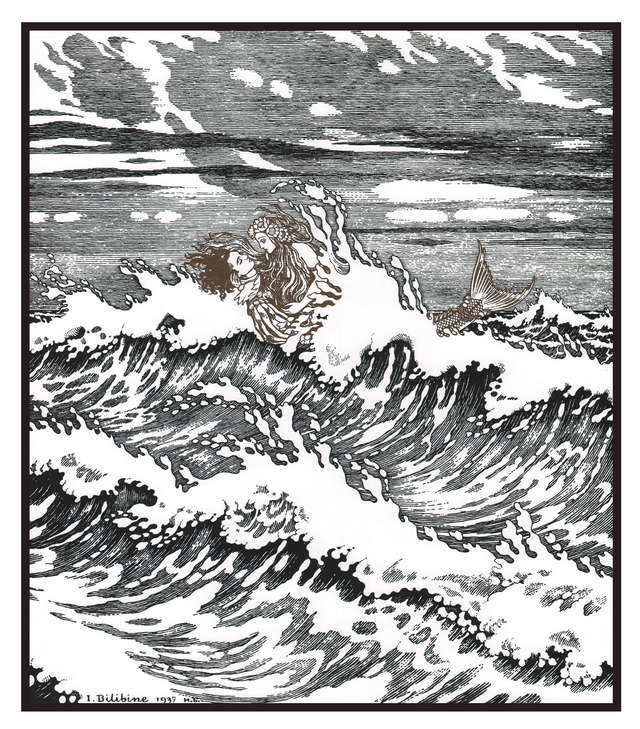 Little Mermaid is in love. But she understands they belong to different worlds. Prince can't live with her, in the ocean. She had already seen that. Can she enter into his world? She admired the land even before she met the prince. 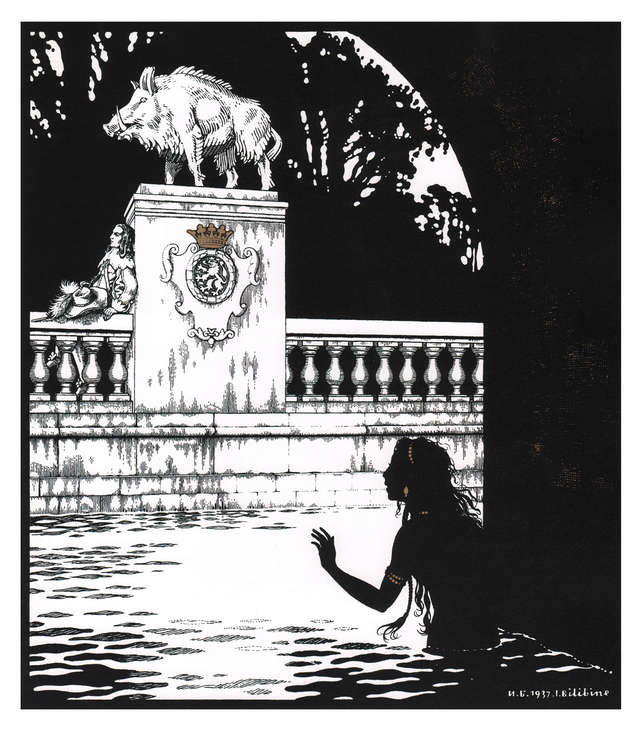 To live in the land she need legs. She can get them at the sea witch. The price is huge - she will give the witch her beautiful voice.
Andersen here used the old superstition about the mermaids who tempted sailors to the rocks with their beautiful voice. But we never heard her before, so if this sacrifice doesn't sound cruel enough, Andersen added another catch.
Every step with her newly acquired legs causes her incredible pain. This may be an allusion on his short lived career of  a dancer in the theater. 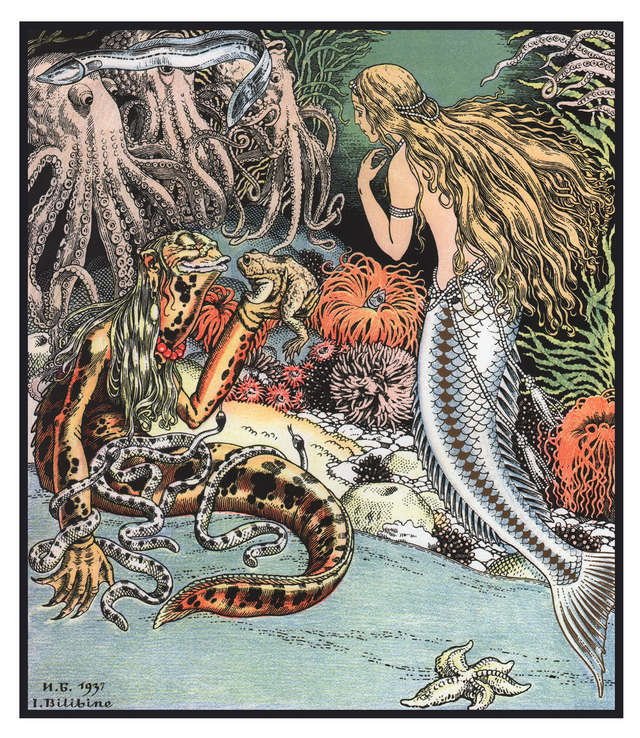 Little Mermaid transferred into a young beautiful, although mute woman and befriends the prince. He likes her but it looks he doesn't feel the same as she.
We should mention he doesn't know who rescued his life. She didn't tell him before, because she didn't want scare him with her presence of a sea creature. She can't tell him now because she is mute.
So it looks like he has her more as a pet than a fiancee. 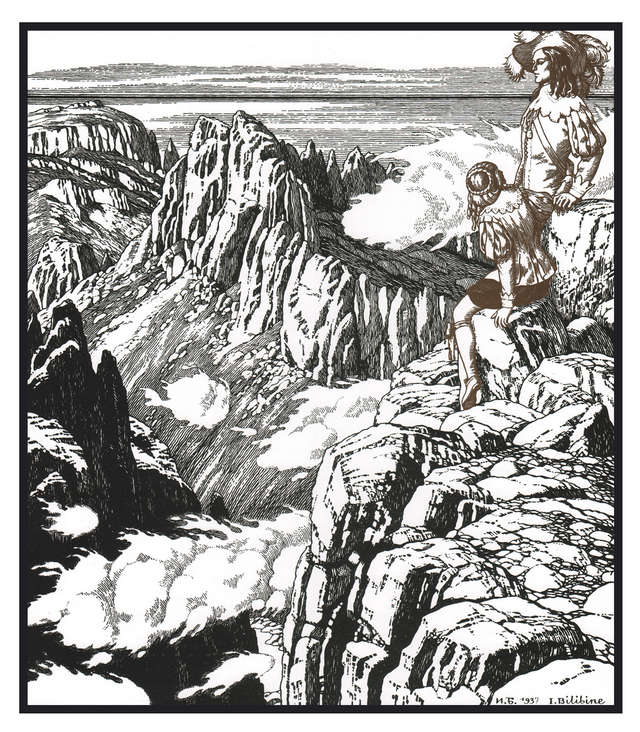 Then he meets another woman and the dreams of Little Mermaid are broken. The prince marries and forgets about the mermaid just like another (real) prince forgot about Andersen who had secret sympathies for him.
The mermaid got a chance for revenge. Her sisters paid for that chance at the same sea witch with their beautiful hair. She could get her old life back if she kills the prince.
​She can't. Her body dissolves in the sea foam. 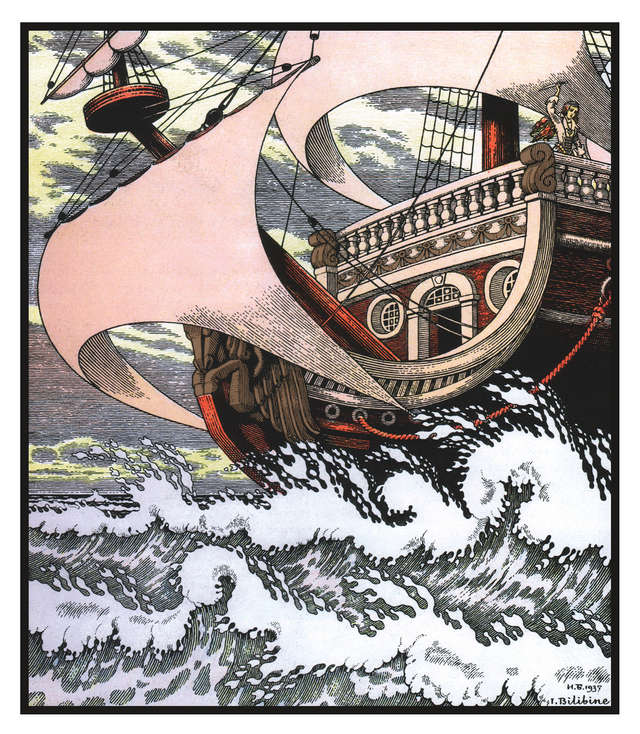 But Andersen, who clearly based his Little Mermaid on then extremely popular novel Undine, added a bit of optimism at the end. His mermaid will gain immortality if she earns a soul. she just had to wait long enough.
Just like Little Mermaid became immortal through her actions (and with some help of the kids as readers), Andersen earned at least some satisfaction through this beautiful classic fairy tale.
To find out what Undine and Little Mermaid have in common, check this article:
https://vintageillustrators.weebly.com/undine.html 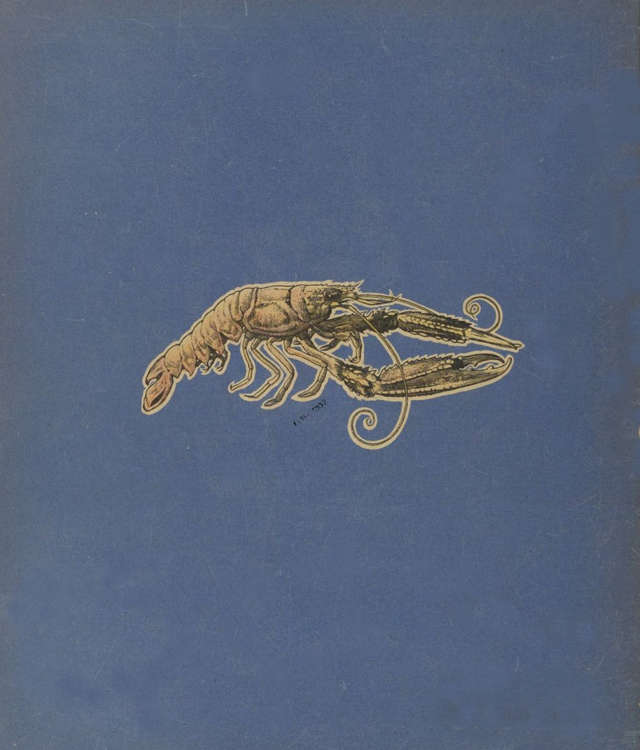