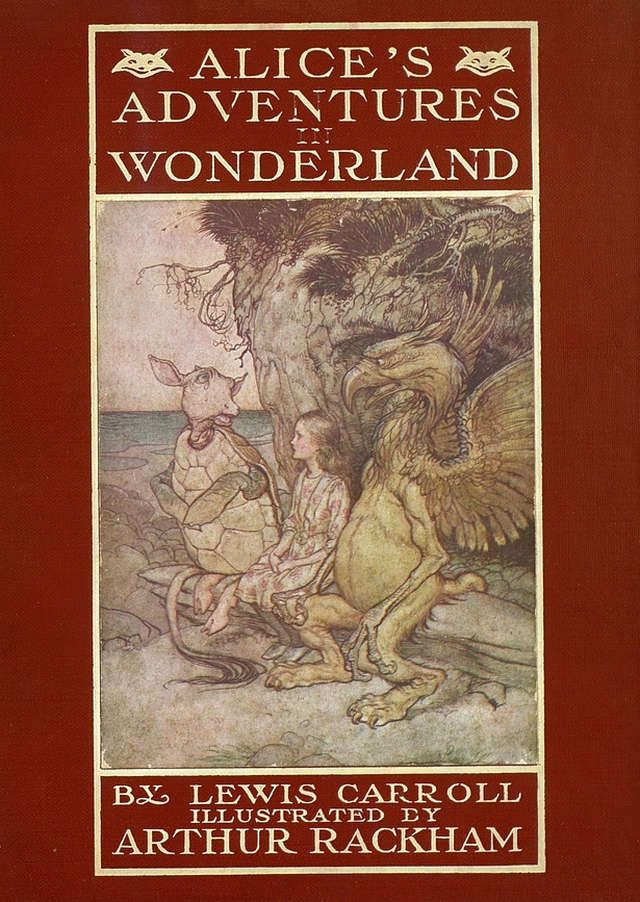 ​Alice's Adventures in Wonderland by Lewis Carrol with illustrations by Arthur Rackham was published William Heinemann and Doubleday, Page & Co. simultaneously in London and New York in 1907 when the copyright of original expired. Rackham made twelve color plates (one of them is also used for the cover) and fifteen black and white pen and ink drawings. There is also a so-called endpaper used to connect the inside of the cover and the rest of the book (front and end). 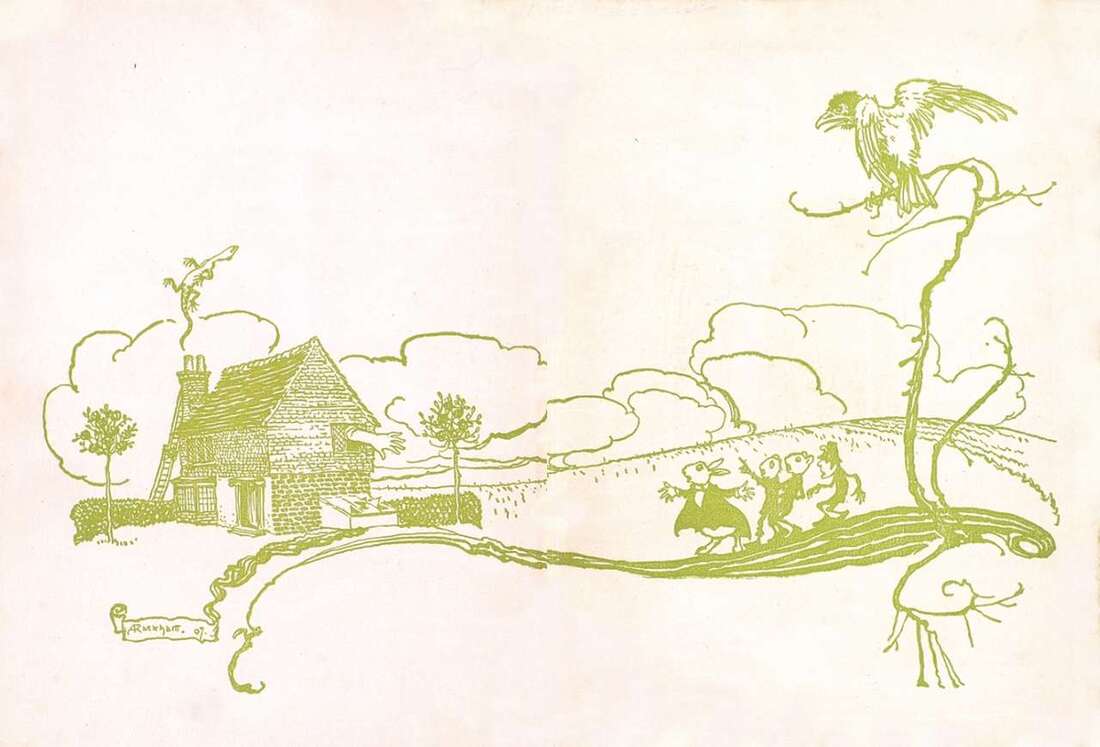 These scans are from one of the later editions (1916). It's bind in red cloth and definitely the boldest of numerous copies which popped all around the world after 1907. Rackham's style is, of course, different than Tenniel's (who is credited as the original illustrator, although Carrol illustrated the first edition by himself) but was very soon accepted and became almost as iconic as Tenniel's. 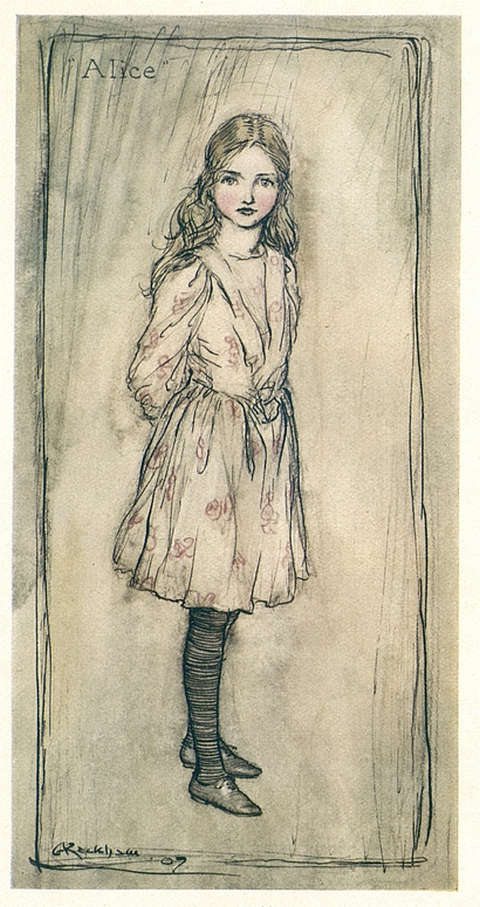 Arthur Rackham's style fits perfectly in the strange, psychedelic world of weird characters and dreamlike imagination fused with irony and sarcasm. We can enjoy his specialties as humanlike trees, different shades of green and rare occasions where red is used. Characters are far from being pretty but kids liked them just like the adults what is always a good sign - the book soon entered the list of Rackham's masterpieces.
​
Rackham's Alice was published with an introduction by Austin Dobson (1840-1921) who wrote it in verse. We can understand that as another attempt of the publisher to convince the public there may be good alternatives to illustrations from John Tenniel, done after Carroll's 'originals' and under the strong guidance of the author. If you find this book in good condition it may be worth several hundred dollars. 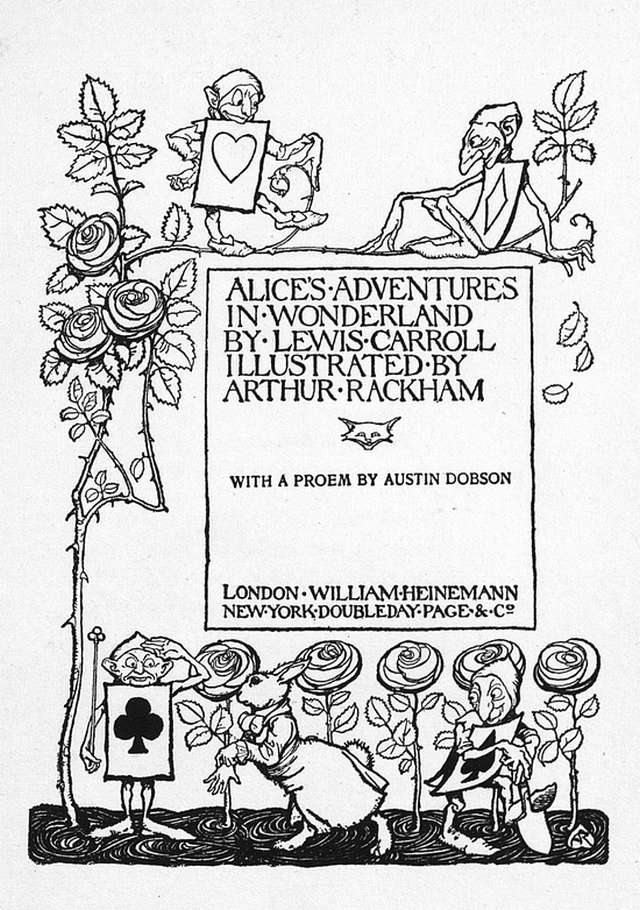 ​Here are all illustrations from the book in the same order as they appeared printed. The numbers of the chapters and accompanying text for illustration (in case it was used) is there as well. We decided we won't publish decorative letters to preserve the fluidity of a material. We are not sure if they were done by Rackham anyway.

I. DOWN THE RABBIT-HOLE 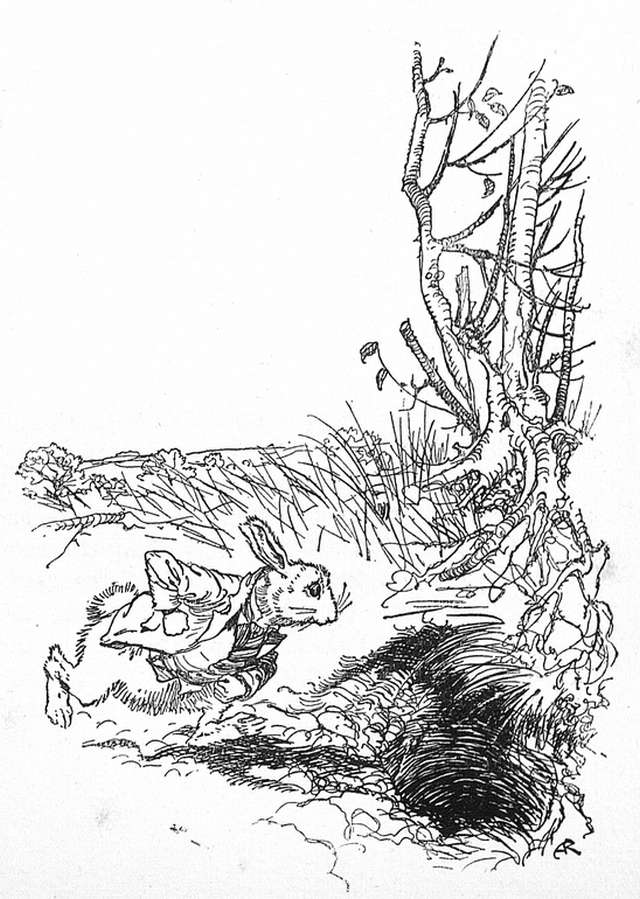 II. THE POOL OF TEARS 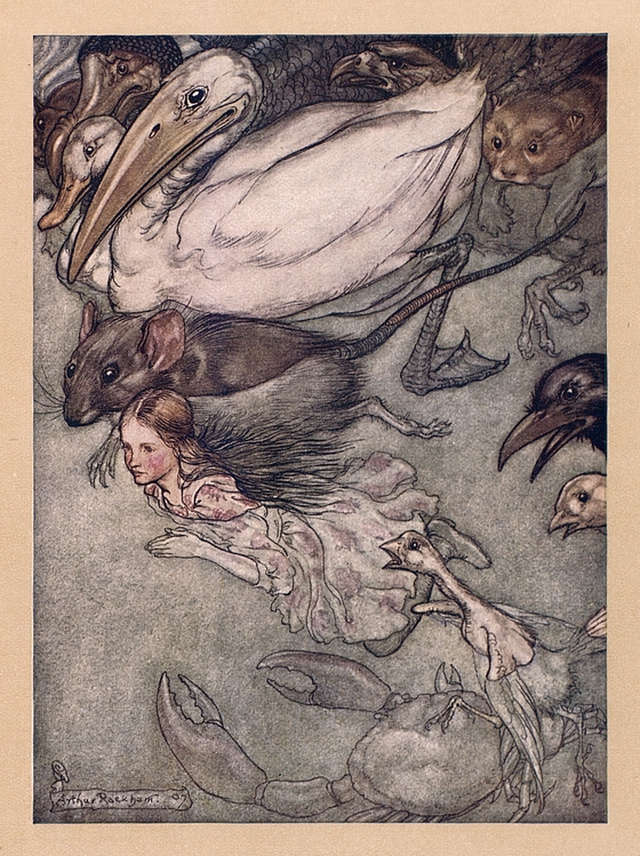 III. A CAUCUS-RACE AND LONG TALE 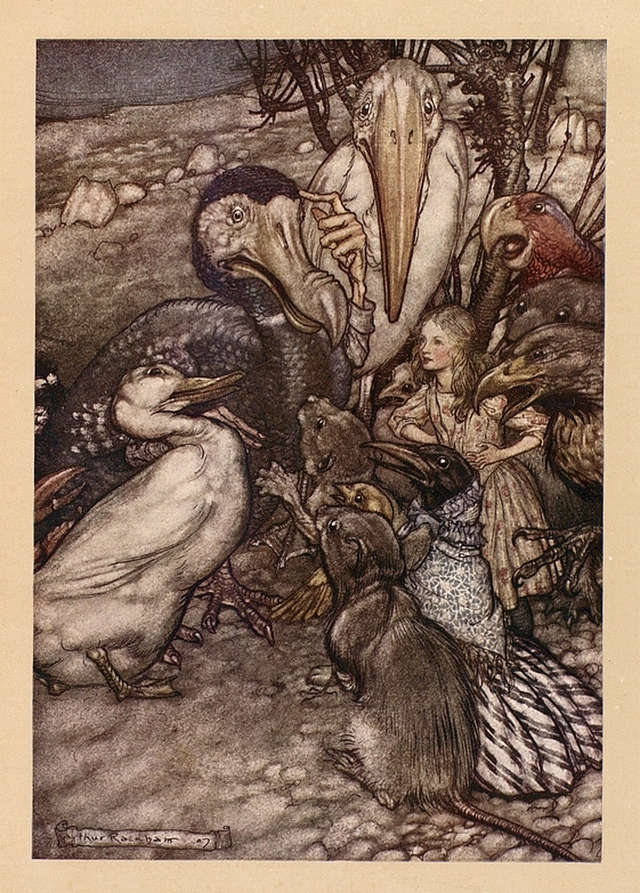 They all crowded round it panting and asking, "But who has won?" 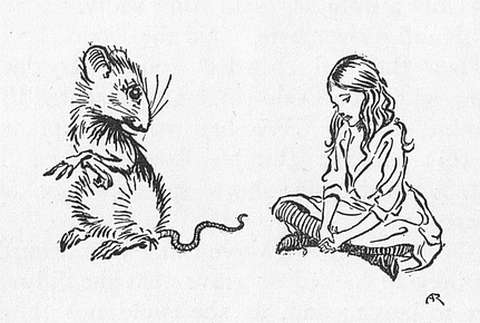 IV. THE RABBIT SENDS IN A LITTLE BILL 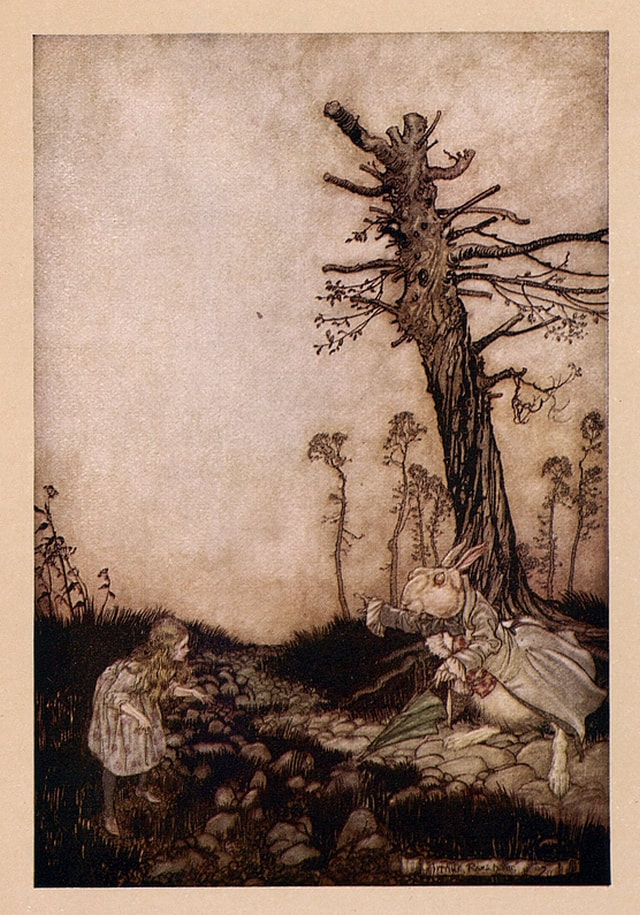 V. ADVICE FROM A CATERPILLAR 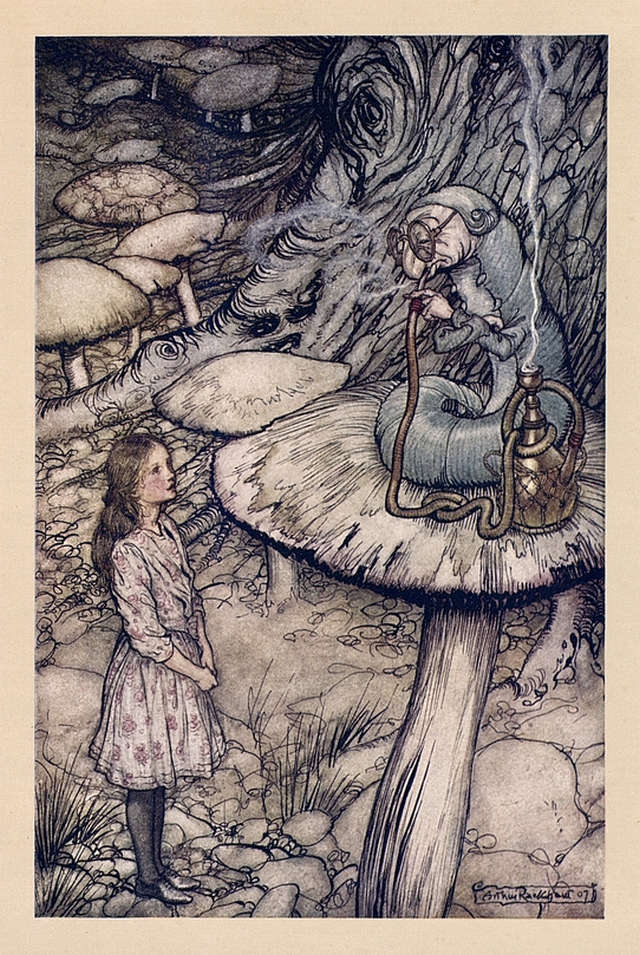 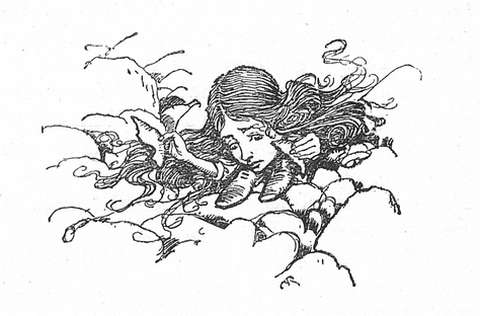 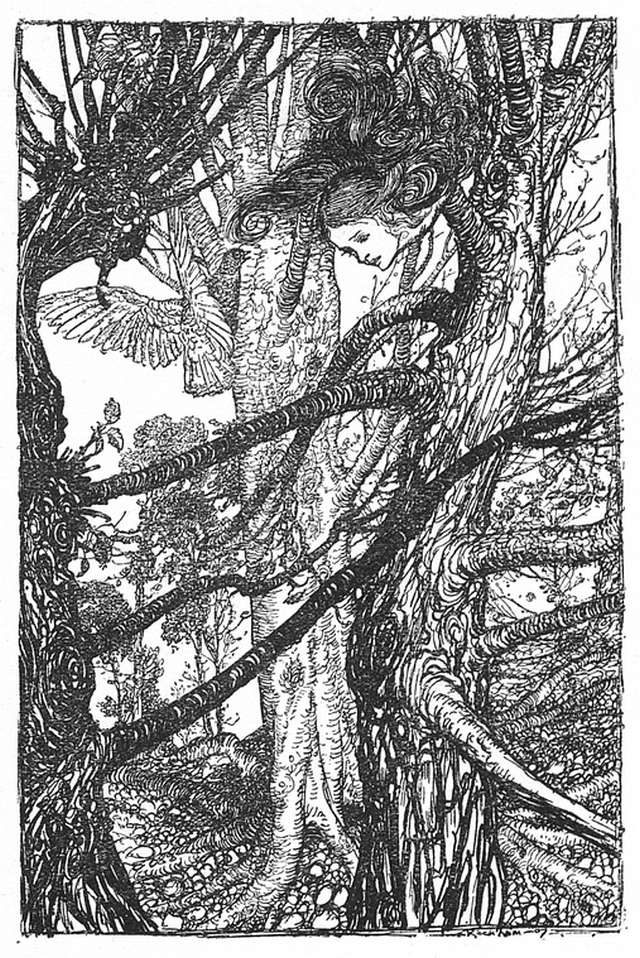 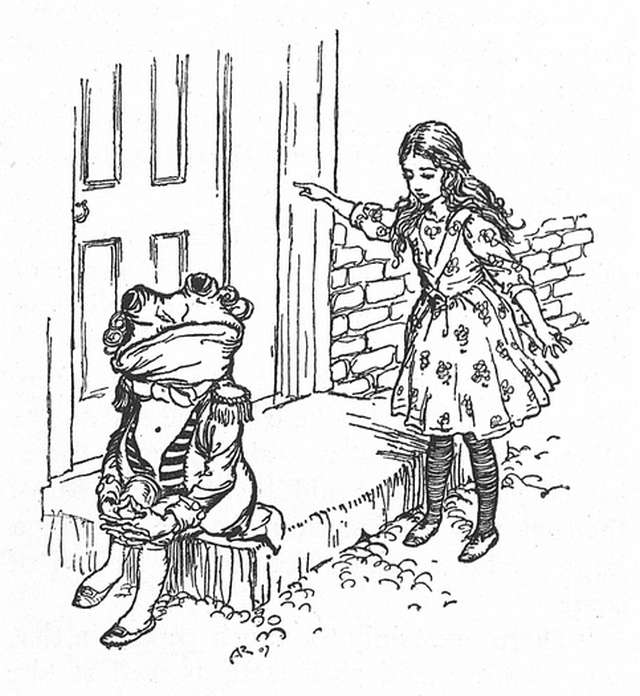 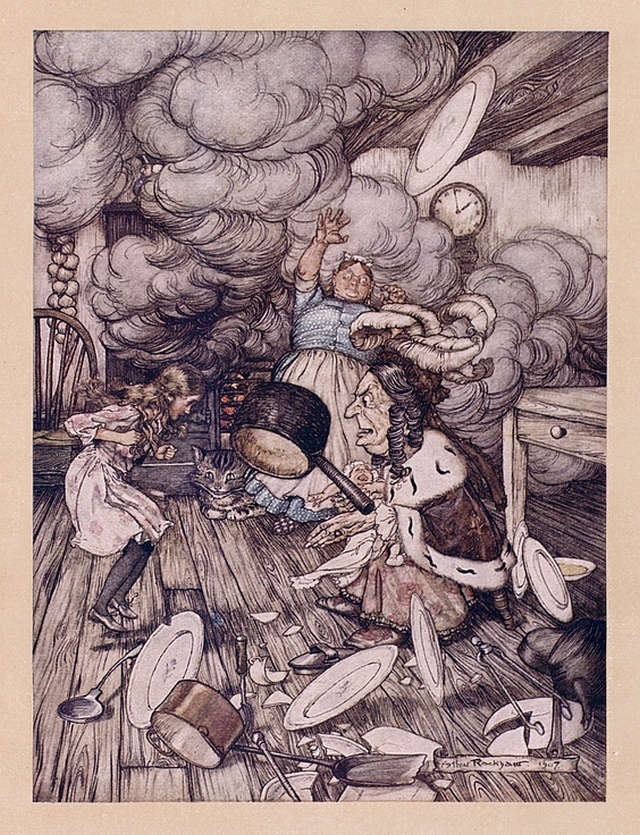 ​An unusually large saucepan flew close by it, and very nearly carried it off 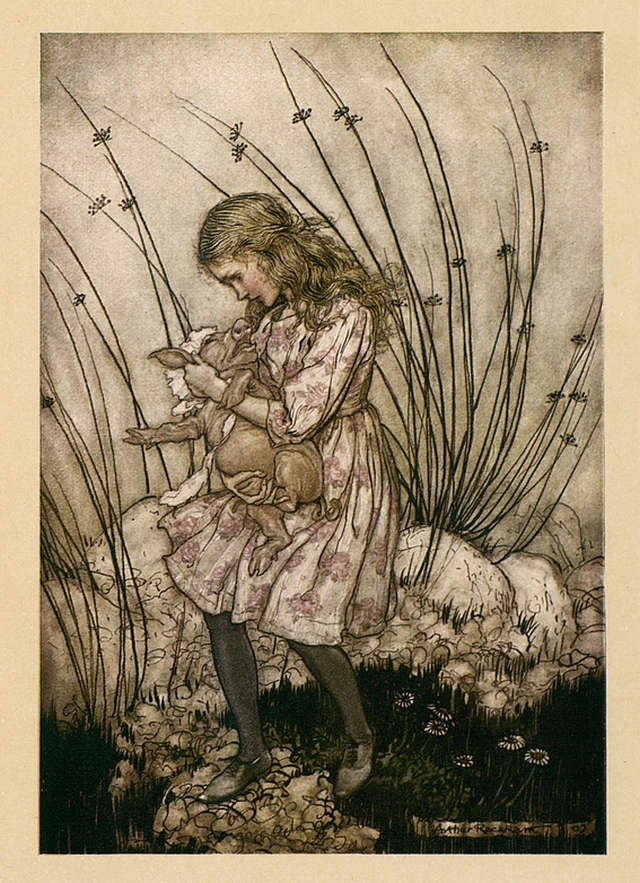 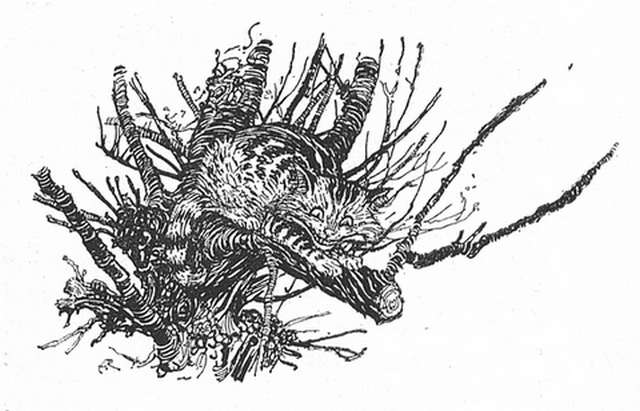 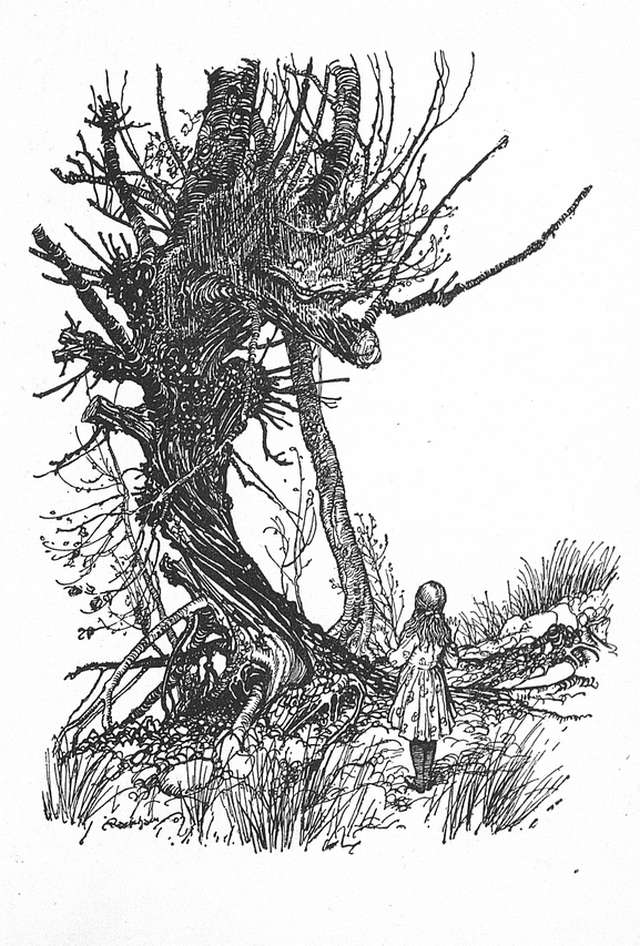 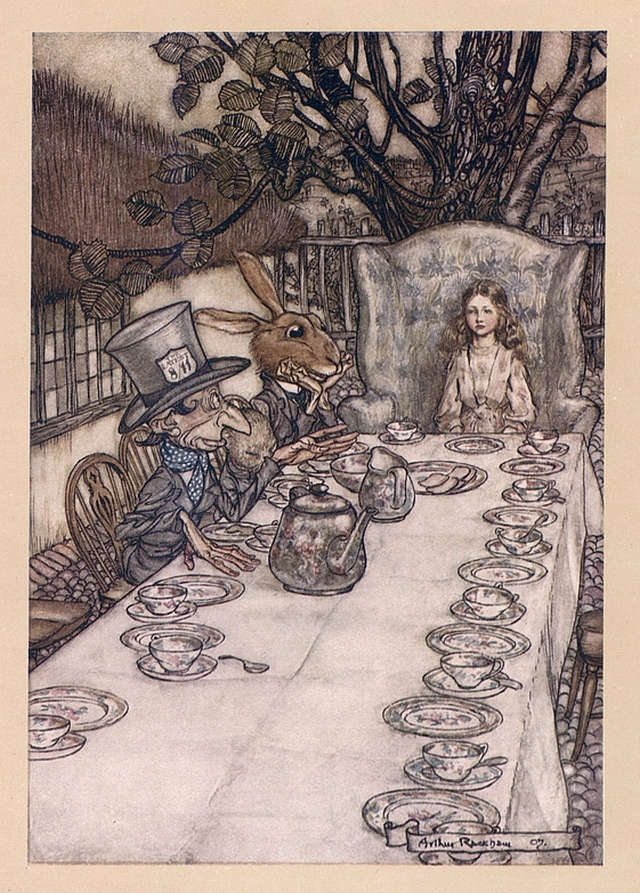 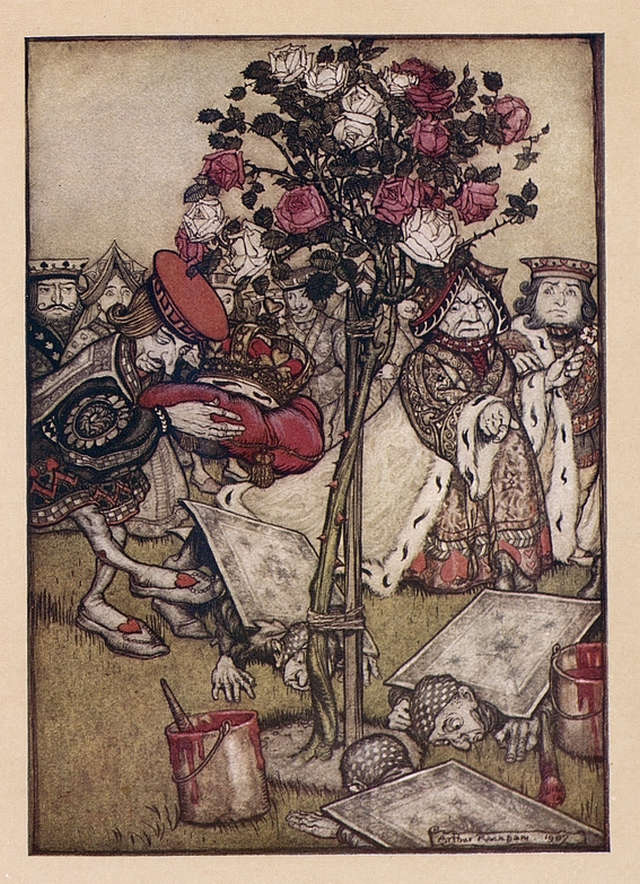 The Queen lured angrily away from him and said to the Knave, "Turn them over" 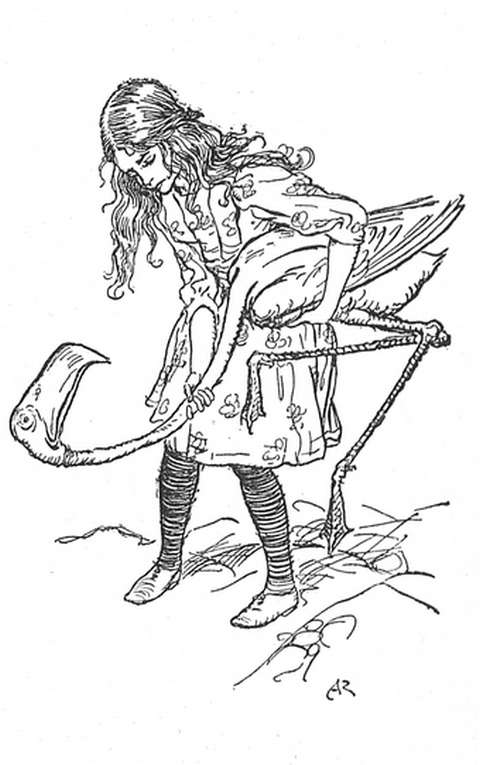 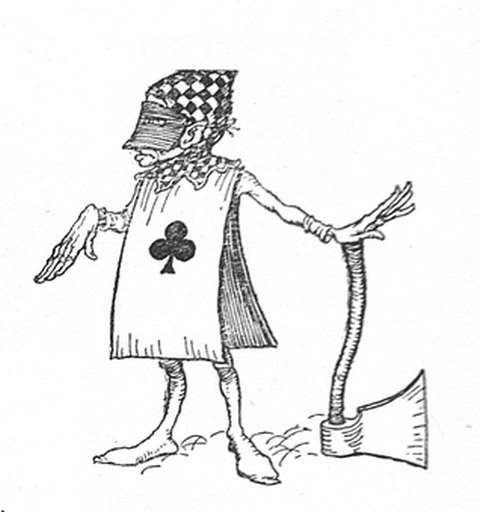 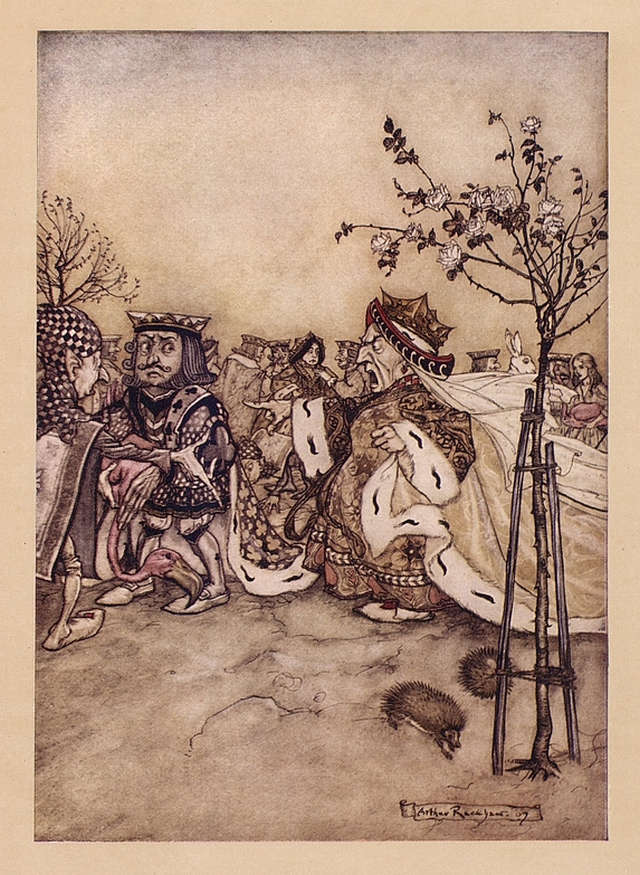 The Queen never left off quarrelling with the other , and shouting "Off with his head!" or, "Off with her head!" 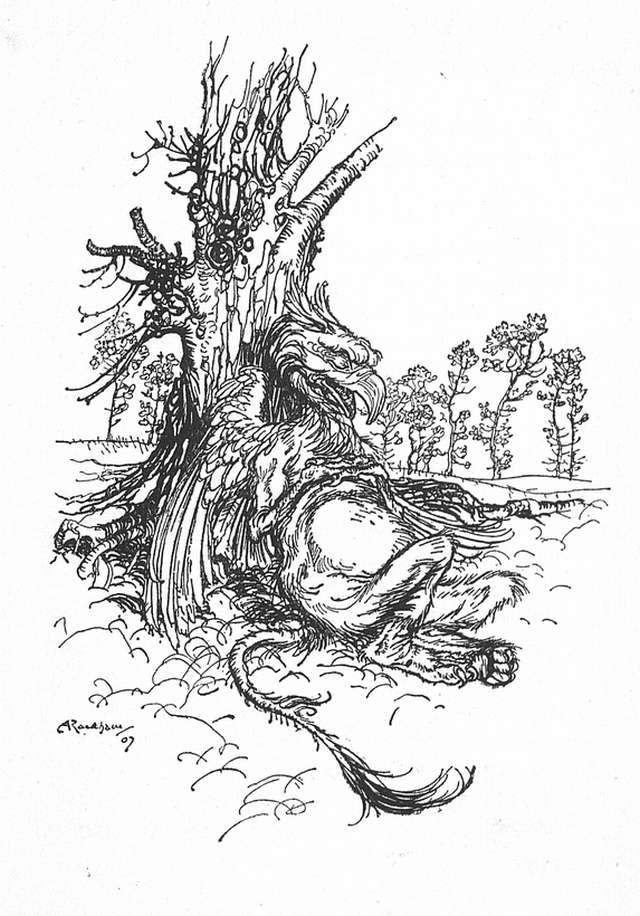 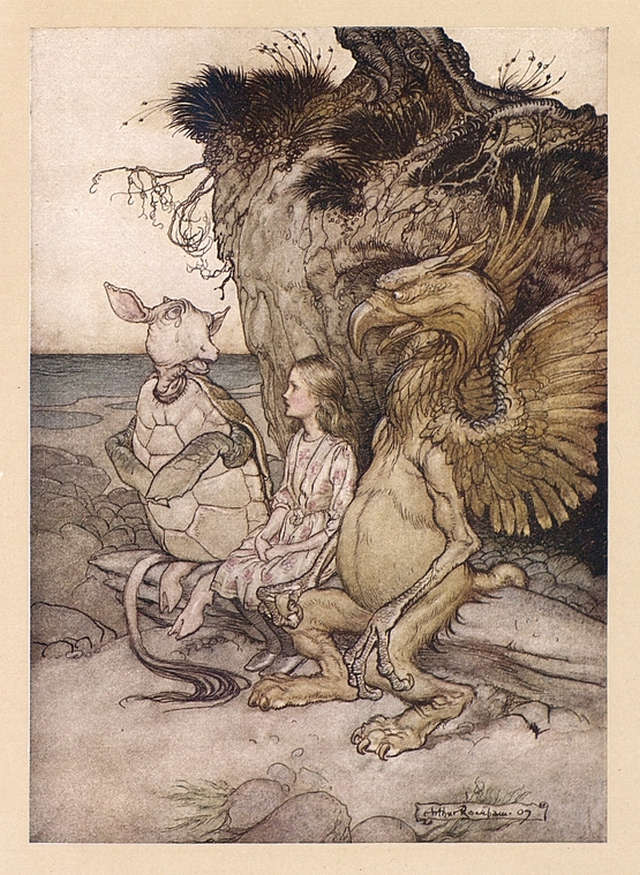 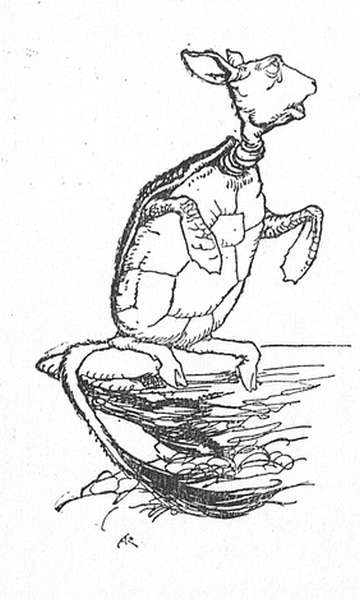 XI. WHO STOLE THE TARTS? 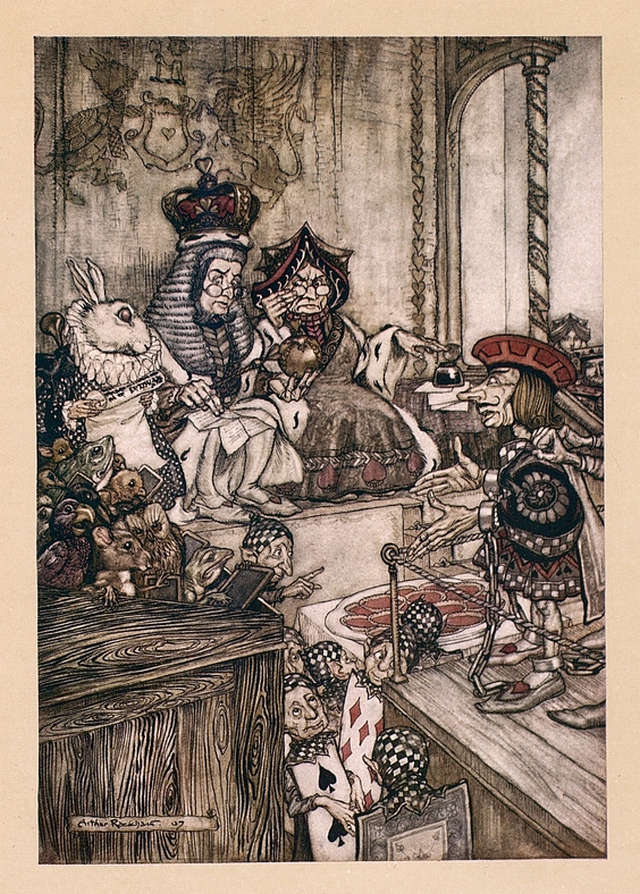 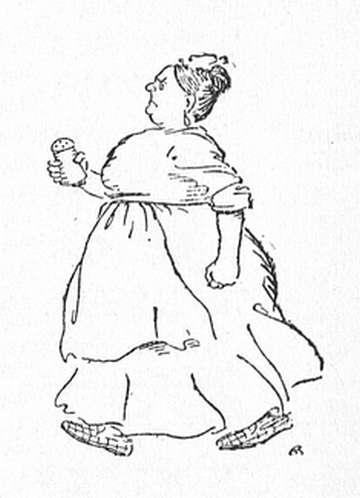 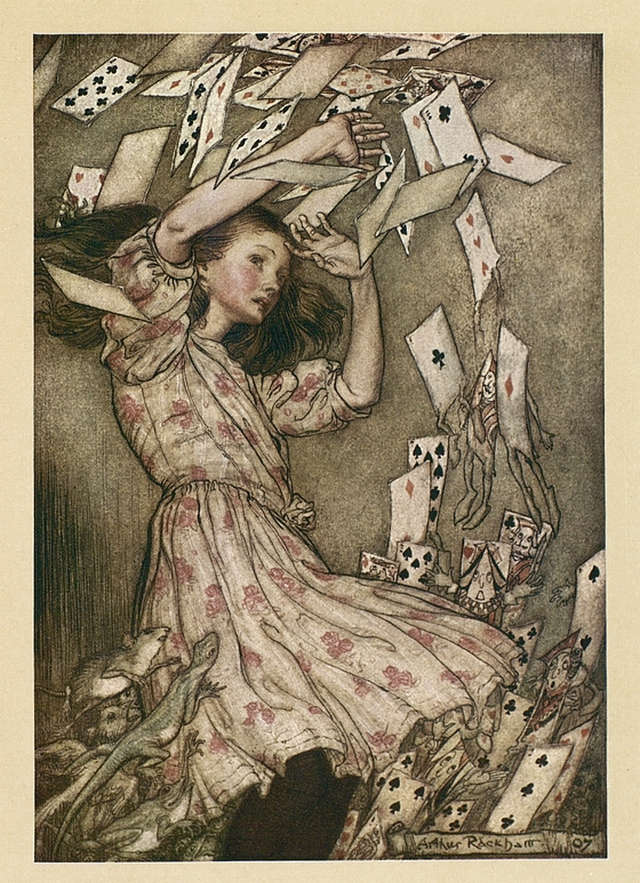 At this the whole pack rose up into the air, and came flying down upon her