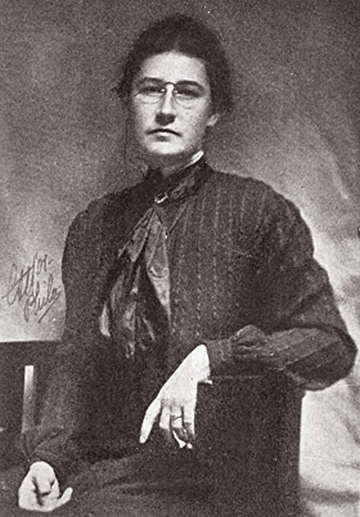 Jessie Willcox Smith (1863-1935) is one of the best children's illustrators ever. Her work in late Victorian Style is praised for the gracious lines and vibrant colors and her ability to capture the energy and innocence of the youth is even more admirable if we know she never married or had her own children. This simple fact and influence of future generations of illustrators are comparable only by her Scottish colleague Kate Greenaway. By her style, she is sometimes also compared to Mary Cassatt, a well-know Impressionist who was famous by portraying the scenes of children with their mothers.

While Willcox Smith is considered as maybe the finest American illustrator of books for kids of all times (with more than 60 titles), we should know she was also active in other areas of graphic arts. Portraiting of children was an important source of her income and the same is true for illustrating dozens (even hundreds) of magazine covers (making them for Good Housekeeping definitely being one of her major life projects).

Another significant part of her creativity is shown in commercial projects like illustrating and designing posters for Colgate, Ivory Soap (Procter and Gamble), Kodak, and others. Not to mention calendars, postcards, posters, ... She was one of the rare women who earned a fortune in her lifetime, earning up to 1.800 US dollars per cover at her prime. If we recalculate her earnings (publicly displayed in one of the articles in the New York Times), she earned around 300 thousand US dollars of today's money per year.