Swift's Premium Calendar for 1916 is a fine example of Jessie Willcox Smith's mastery in the field where she excelled best - a combination of top-class art with commercial effect in everyday products. This calendar in size of 8 1/4 x 15 inches was a huge hit at the end of 1915. All major newspapers and magazines advertised it and her already popular name was part of the process. 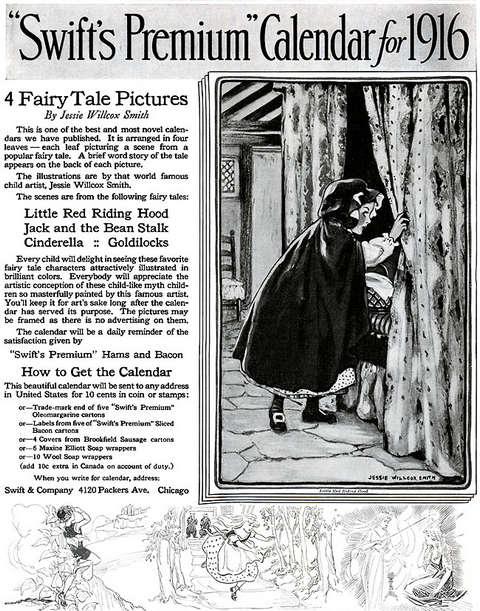 An advertisement from Woman's Home Companion

An advertisement from Hearst's Magazine
The calendar could be bought for 10 cents (in coins or stamps) or in exchange for specific parts of packages of popular Swift's products. Swift was selling food products and detergents. Today its business successor still exists and is a part of JBS S.A, the largest processor of fresh red meat in the world. In 1915 when Willcox Smith's calendar was available the alternative options instead of buying it for 10 cents were sending parts of cartons of margarine (or sliced bacon, or sausages), and soap wrappers (Swift was a major force in the field of soap as well).

No matter which way of paying somebody used, the Canadian buyers an additional 10 cents for expenses had to add. 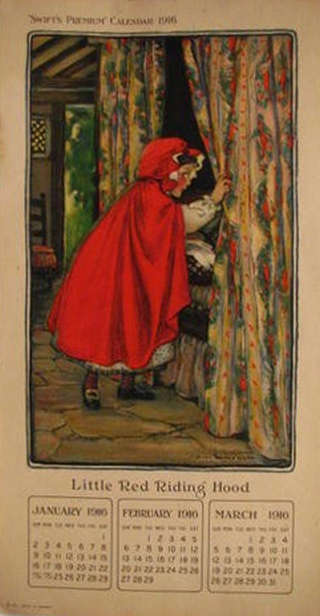 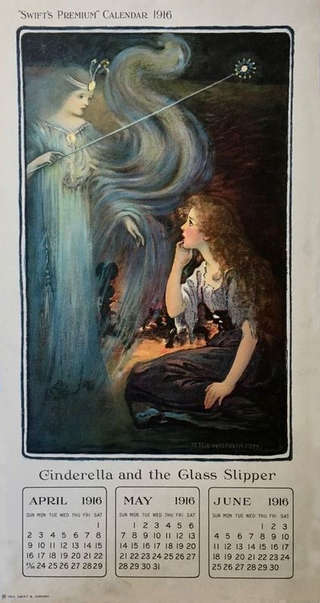 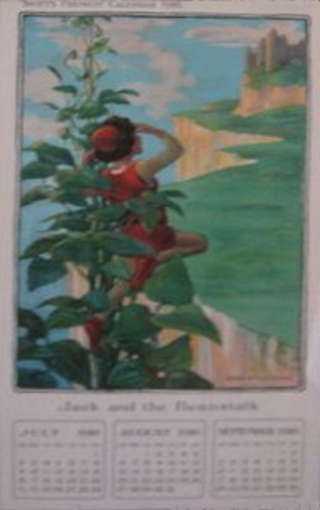 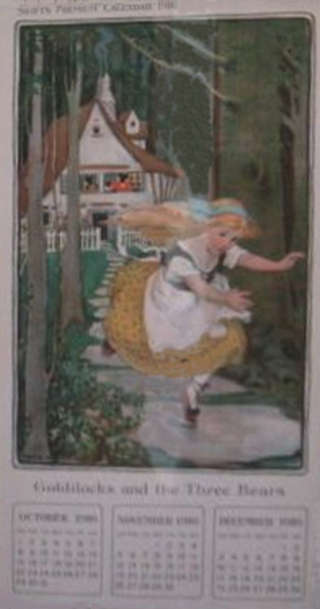 Swift's Premium Calendar for 1916 - last quarter (Goldilocks by Jessie Willcox Smith)
The advertisements were aiming at children, noting there are four full-color illustrations of popular fairy tales (Cinderella, Jack and the Beanstalk, Little Red Riding Hood, and Goldilocks) with a written corresponding fairy tale on the backside. They were emphasizing the fact Ms. Smith's art was never before available to so wide audience and claiming these high-quality prints would stay in households (possibly framed) as family treasures long after the calendar's main purpose was over. Many of them did exactly that.

Even the black and white reproductions used for advertising were spectacular and the calendar was a huge success.

Please note that illustrations for this calendar were specially made for this project only. Compare them with illustrations used in the book A Child's Book of Stories (three of four fairy tales are present and illustrated in both cases). This was a deviation from the standard practice where expensive illustrations by Ms. Willcox Smith circulated in different media for two, three or even up to dozen times.

​If you are interested to use the same calendar again (recycling is a popular word nowadays), you'll have to wait until 2028, 2056, or 2084. (source: mycalendarland.com). But if you for any reason want to own one of the original illustrations, made with mixed media on board and dimensioned 26 5/8 by 17 5/16 inch, you'll have to wait for the next auction. And it may be pretty pricy as well. The illustration from Jack and the Beanstalk, for instance, was recently sold at Sotheby's for 112,500 USD. 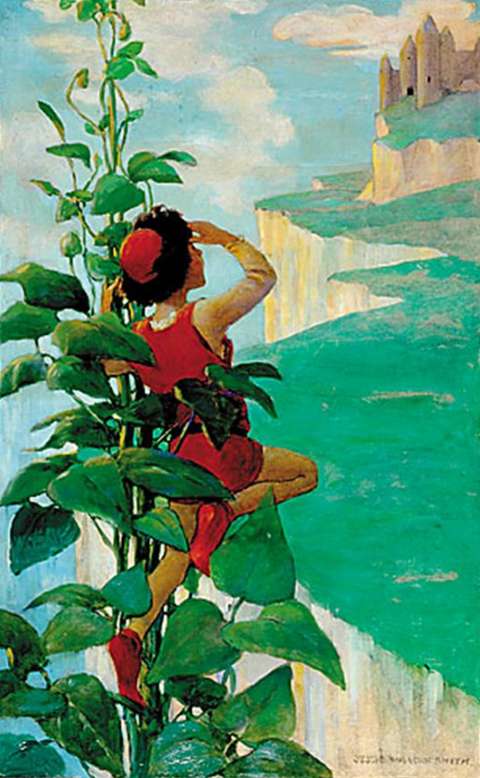