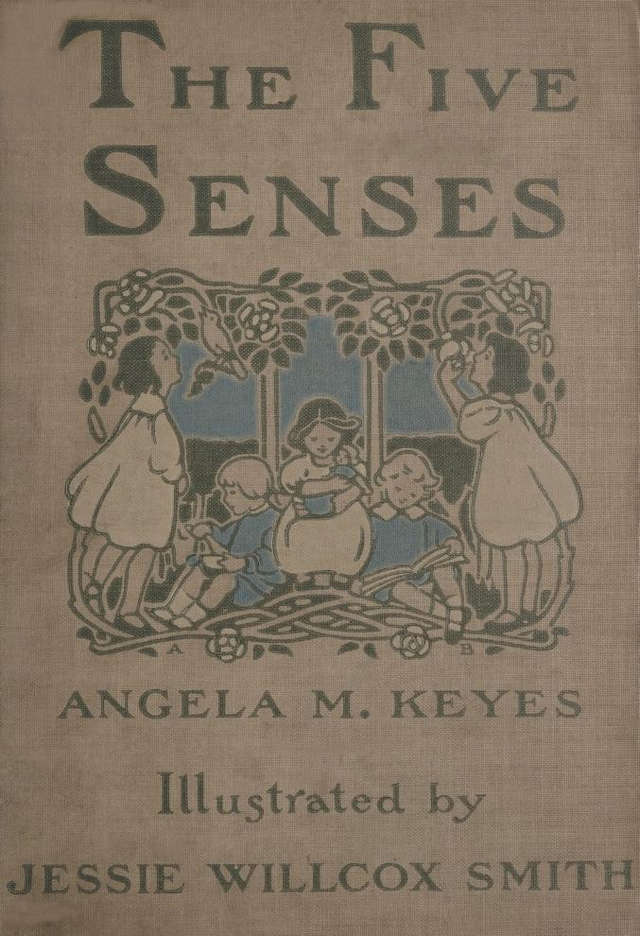 The book The five senses is aiming at children exploring the world through their senses. Each of them is presented with a few short stories and poems. Some are written by Angela Mary Kayes who apparently worked as a selector and an editor of the book as well, and some by other contemporary (mostly) popular authors.

An educational tone of the book is obvious but unfortunately we couldn't find anything really useful about Angela Mary Keyes. If something pops up later, we'll definitely include it ASAP.

Additional value of the book are also beautiful illustrations by Jessie Willcox Smith. Apart for the cover there are five full page full color paintings, one for each sense. Originally they were done as water colors but we couldn't find the info where are the originals. However, a study of one of them was recently available on-line for twelve thousand US dollars.

Here is the presentation of the book with her pictures: 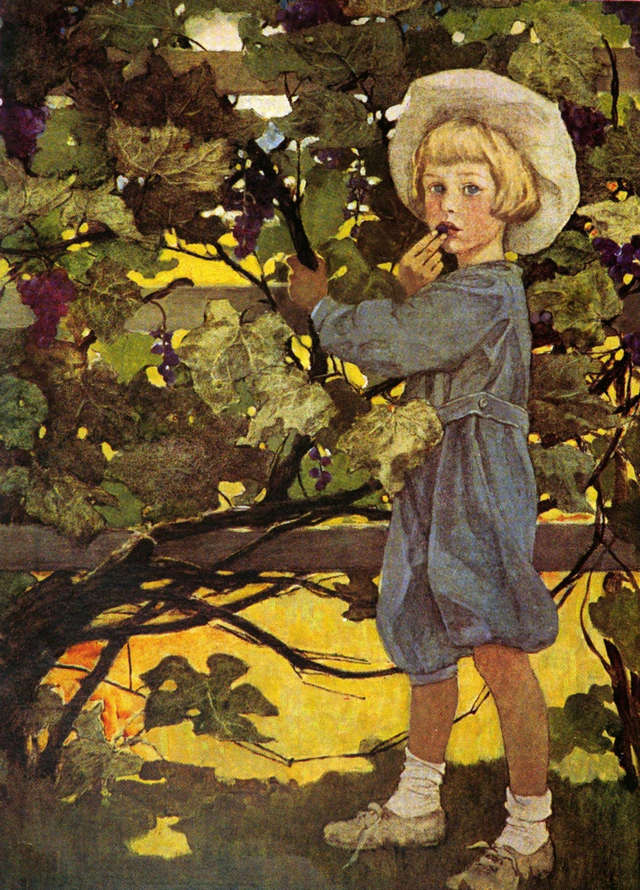 The Taste (also used as a frontispiece)
The sense of taste is presented through the next stories:

A Live Potato by Hans Christian Andersen
The Cow by Robert Louis Stevenson
The Mouse and the Sausage (A French Tale)
A Problem (Old Rhyme)
Oeyvind and Marit (Bjornstjerne Bjorns)
The Tree (Bjornstjerne Bjornson)
The Best Prize
The Dwarf Roots’ Story of the Pumpkin Seed by Angela M. Keyes
Mine Host of ‘‘The Golden Apple” by Thomas Westwood
Two Wild Creatures at Meals by Angela M. Keyes
The Cat and the Parrot (Eastern Folk Tale)
The Windmill by Henry Wadsworth Longfellow
Table Rules for Little Folks 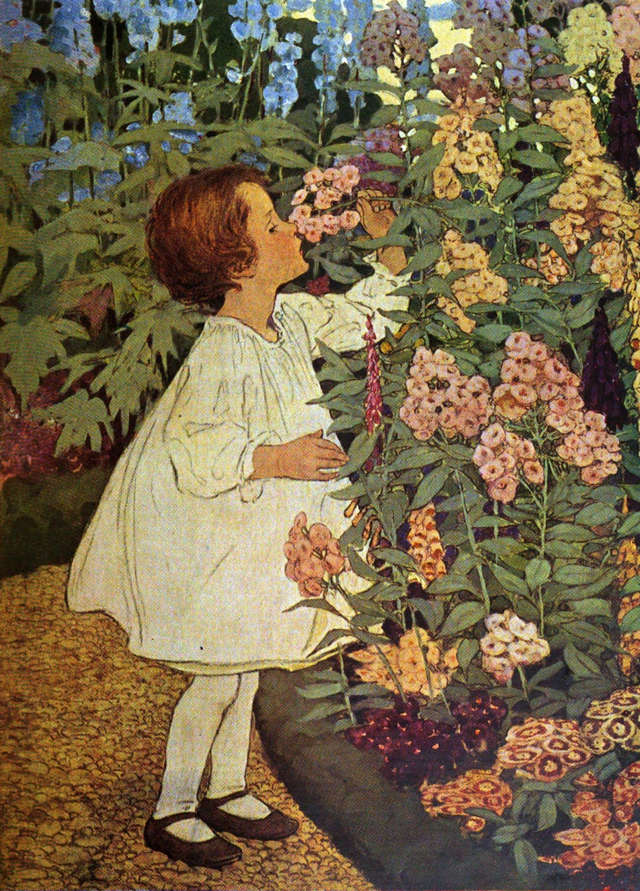 The Smell
Next sense is smelling: 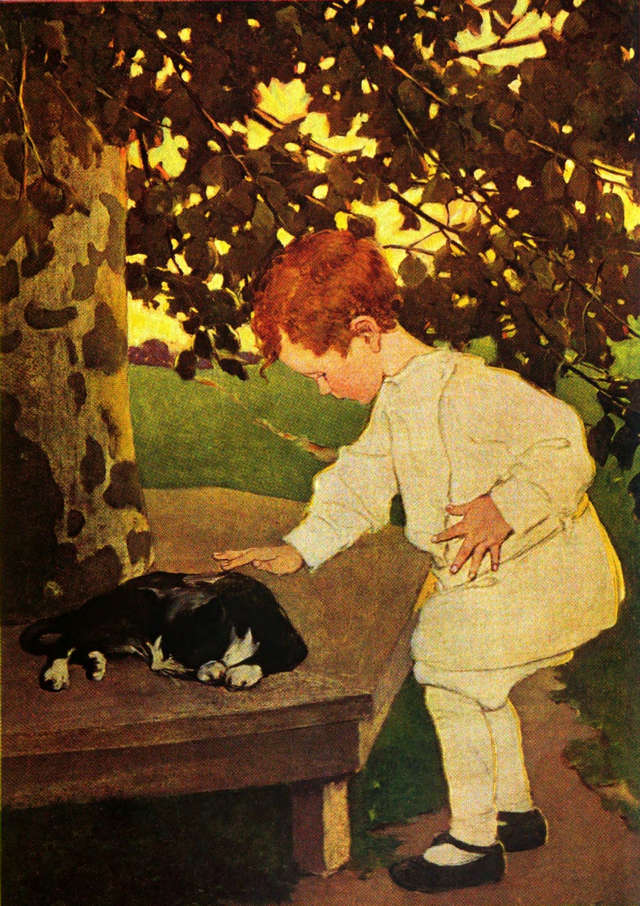 The Touch
The third presented sense is touch:

The Elf and the Dormouse by Oliver Herford
A Riddle
The Elves and the Shoemaker (Folk Tale)
Little Brown Hands
Jack the Giant Killer (English Folk Tale)
Bees by Frank D Sherman
A Chill by Christina G. Rossetti
What Black Beauty Did by Anna Sewell
The Story and Game of Going to School by Angela M. Keyes
Agnese and Her Fruit Stand by Angela M. Keyes
Good and Bad Apples
Whittling by John Pierpont
The Flax by Hans Christian Andersen
The Masque of the Five Senses Angela M. Keyes 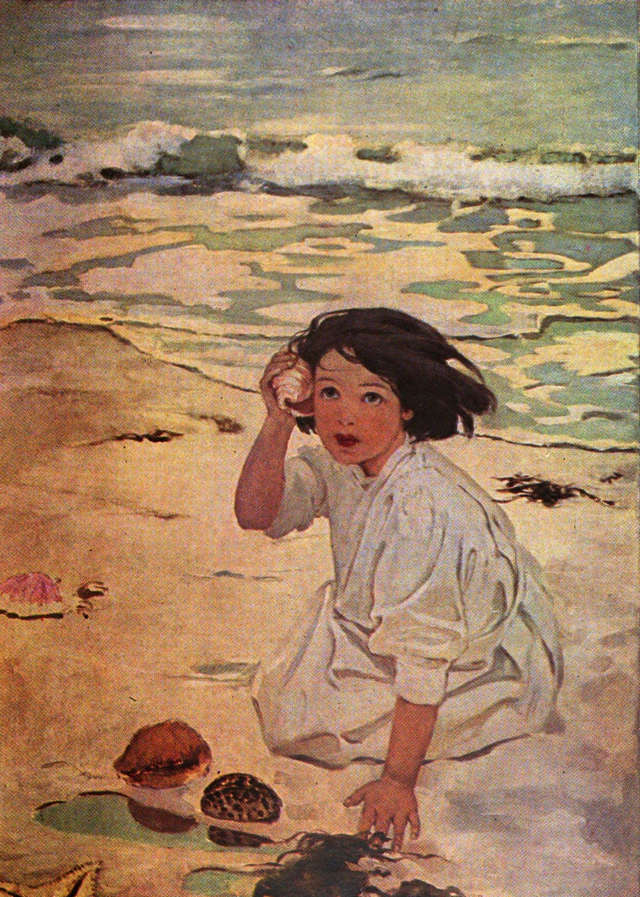 The Hearing
We are slowly approaching to the end of the list of senses. Here are stories and poems related to hearing:

Babes in the Wood
The Table and the Chair by Edward Lear
Lower Than the Beasts (An Old Tale)
Windy Nights Robert by Louis Stevenson
A Boy’s Song by James Hogg
What Frank Heard by Angela M. Keyes
To-morrow
The Children’s Festival by Angela M. Keyes
Deaf and Dumb 167
The Nightingale by Hans Christian Andersen
What the Birds Heard from Francis 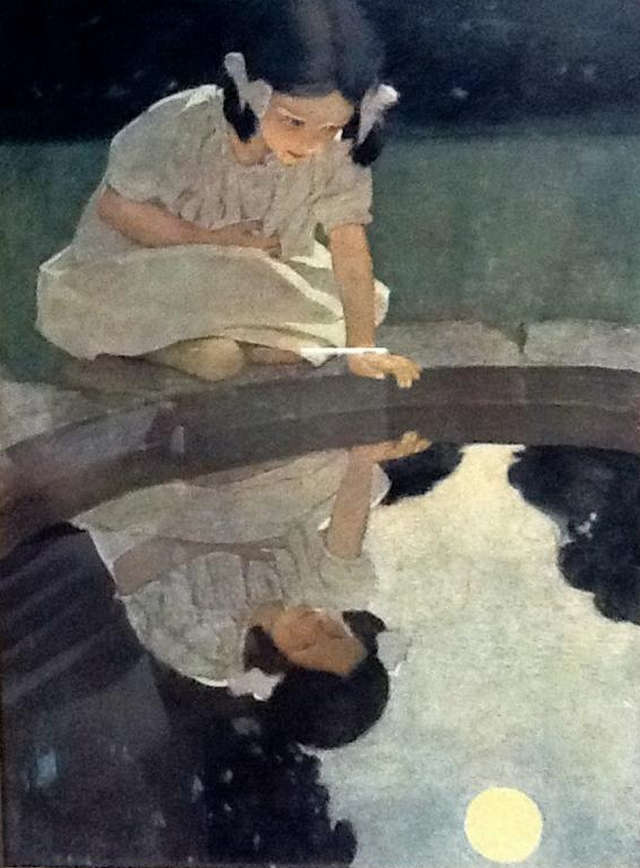 The Seight
The last of the five senses is seeing:

The book was published in 1911 by Moffat, Yard and company, New York.