This stand-alone full-color picture book was rewritten in verse and illustrated by Walter Crane. He also did a complete design, from typography to the tiniest details (note his decorative initials in left or right down corners). It was published by George Routledge & Sons in 1875. There's a whole series of similar sixpence / one shilling picture books which helped to set a new standard in quality literature for children with dozens of titles being published in the last three decades of 19th century.

Such books were much more expensive to produce but can bring considerably bigger profits. Publisher tried to minimize the risks in all possible ways. Using the same picture for the cover and one of the inside illustrations was only one of the common tricks (not used in this case). They also tried to publish the same story in different formats. This one, for instance, was reprinted, in several compilations with other Crane's works, sometimes making pretty incompatible combinations (in style and in content) what is just one of the possible causes why Crane eventually stopped illustrating for kids.

Another important fact is a different mindset of marketing. While the promotion of books published before the second half of the 19th century focused mainly on the content, often not even mentioning the artists, these started to advertise the artists as well. You can see the name of the series: 'Walter Crane's Toy Books' on the cover what somehow guaranteed the quality of the product, building first internationally acclaimed brands in literature for kids. On the other hand, the status of a star often changed the mindset of an artist too, leading to many disagreements and fights among everybody involved.

Here is the story about Little Red Riding Hood: 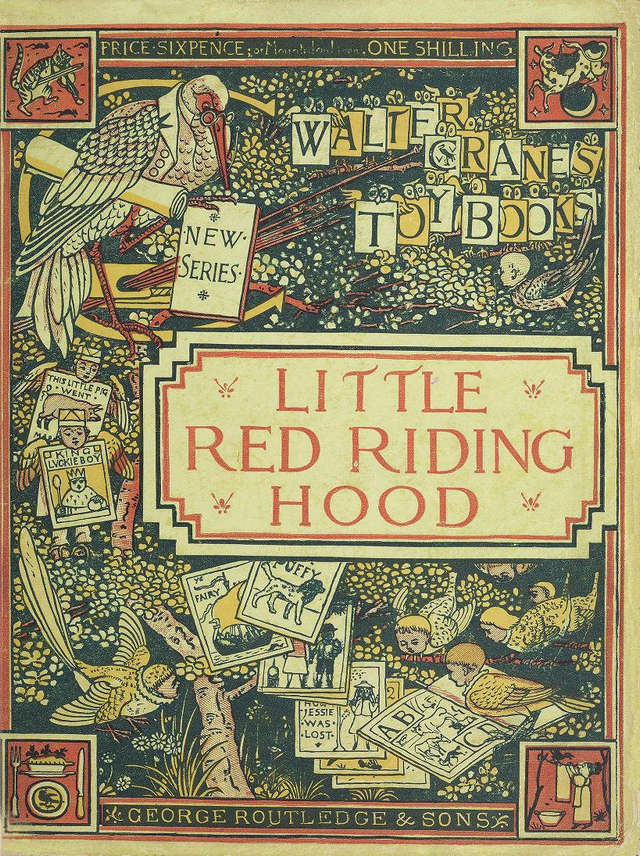 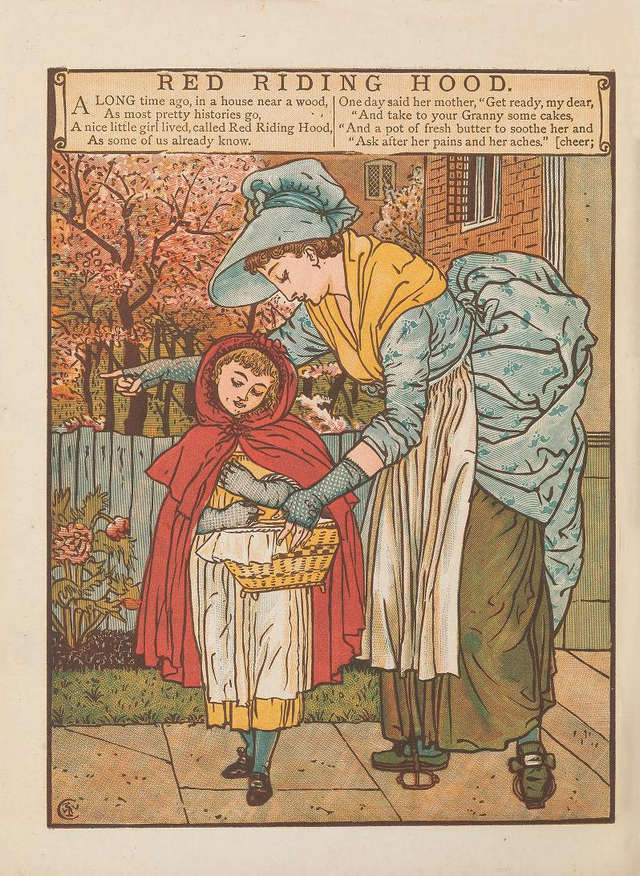 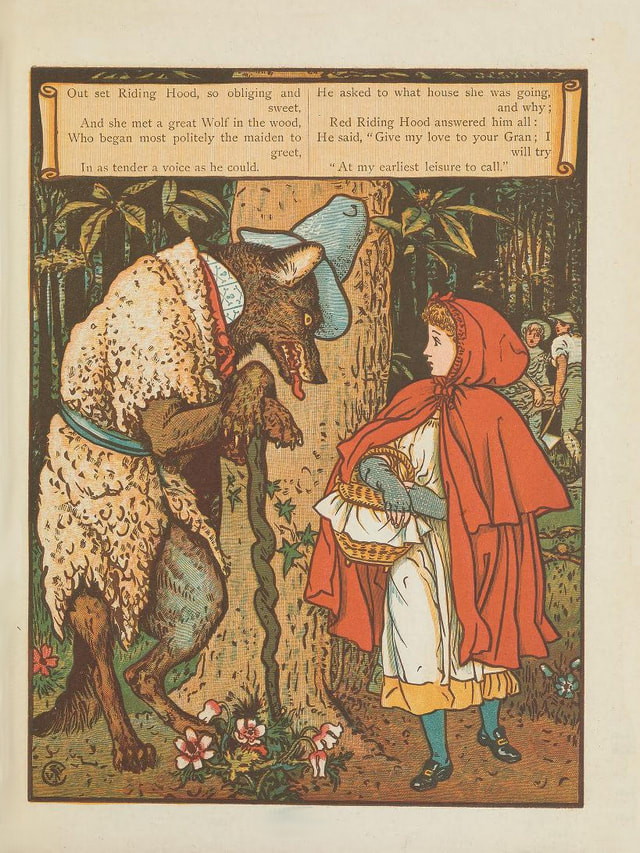 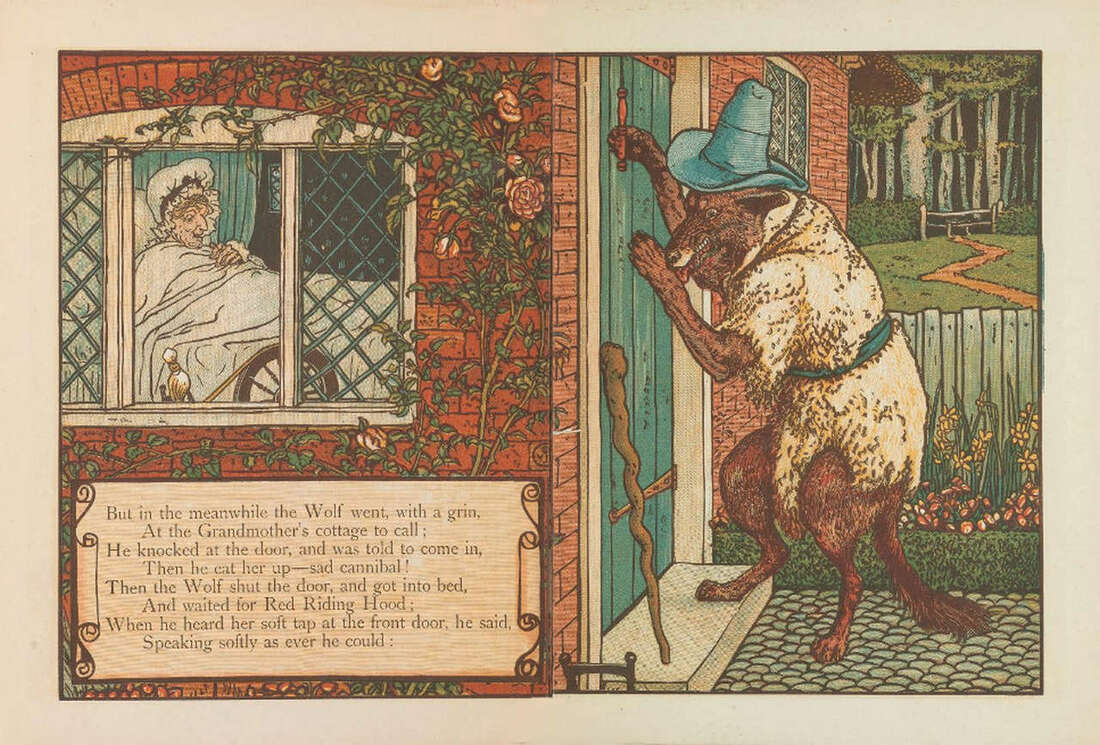 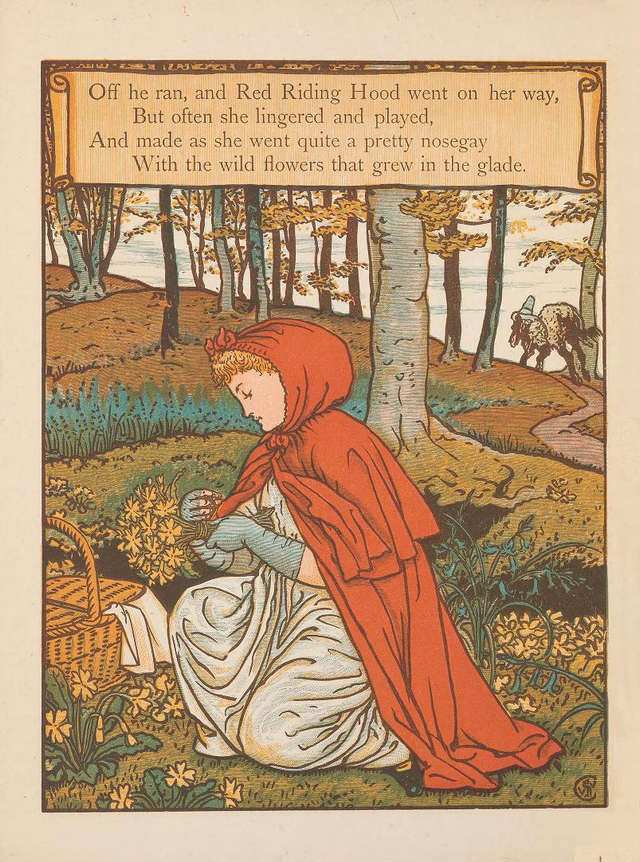 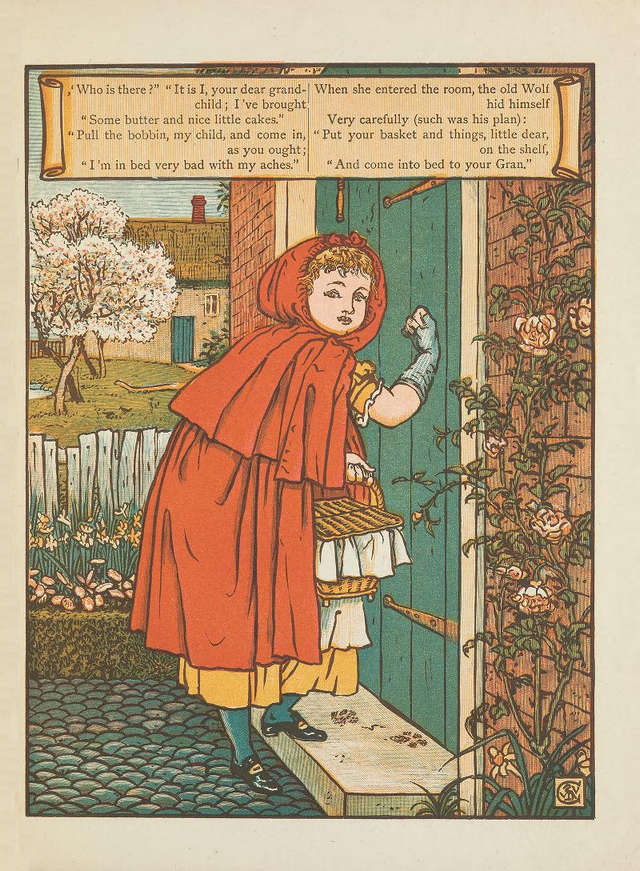 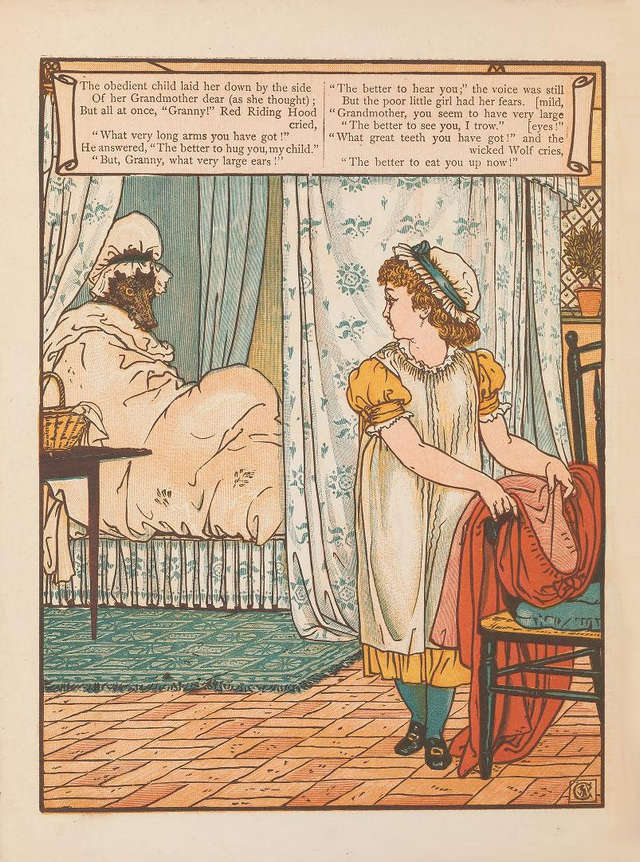 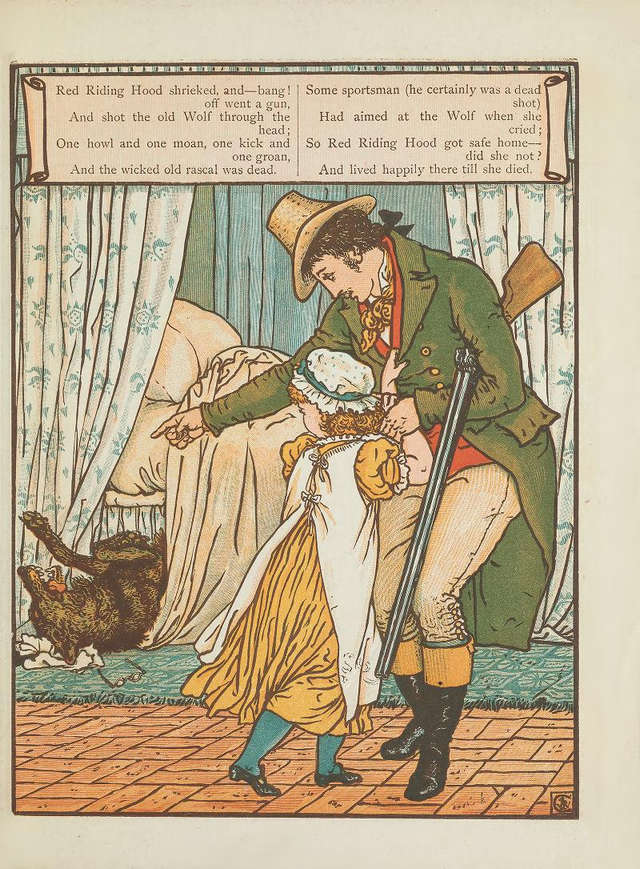