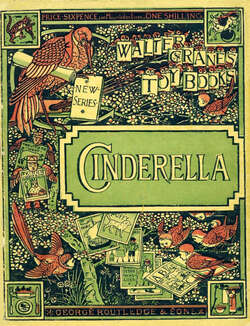 Cinderella is a classic picture book with all the elements characteristic for Walter Crane. We can easily find the influence of Art and Crafts movement with typical simple romantic and medieval details, and japanese color-prints with effective usage of small amount of colors and bold contrasts, in this case clearly visible with dramatic black backgrounds. 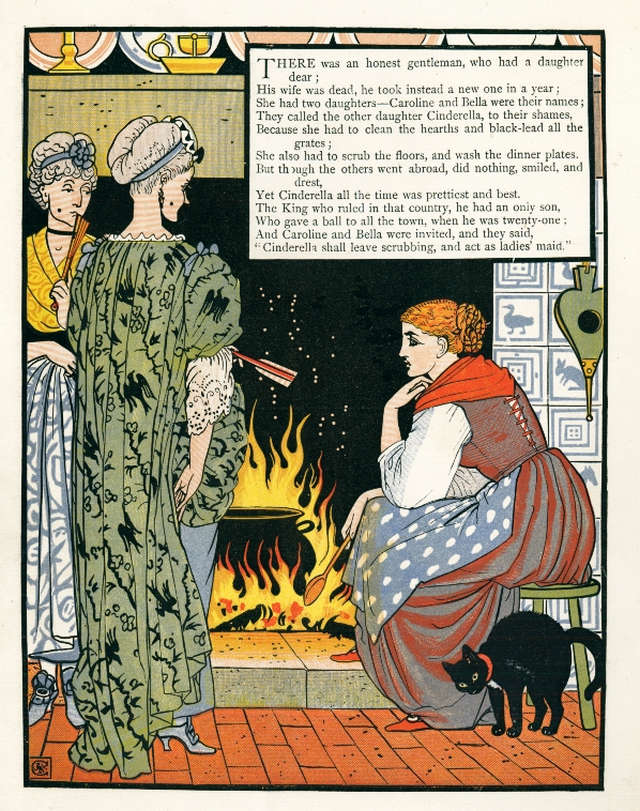 The text itself was adapted by Walter Crane (it's written in verse!) who took care of complete design of the book, from the creation of font to construction of each page. Such  picture books set standard for a picture book as a specific media with own laws which helped to establish this branch of book publication as legitimate and profitable source of income for numerous publishers. 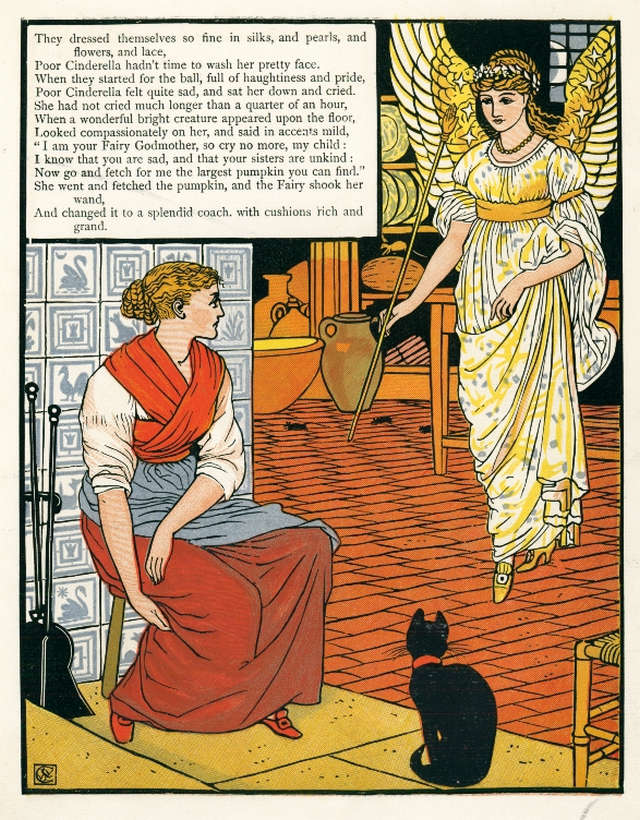 Crane didn't stray too far from the already popular version of Cinderella, signed by Charles Perrault. This means the help of a fairy (no tree), glass slippers (not golden ones), and a pretty happy ending for everybody (without pecking the eyes of her wicked step sisters, for instance).

As you can read, the conflict is reduced. Her step-sisters can go, Cinderella can't. There is no impossible task of separating the grains or animal helpers. Crane wasn't actually very fond of birds, one of signatures of Brothers Grimm, his rewriting is simple, straight to the point, always focused on the ultimate goal - to create the exact number of scenes, needed for a picture book. 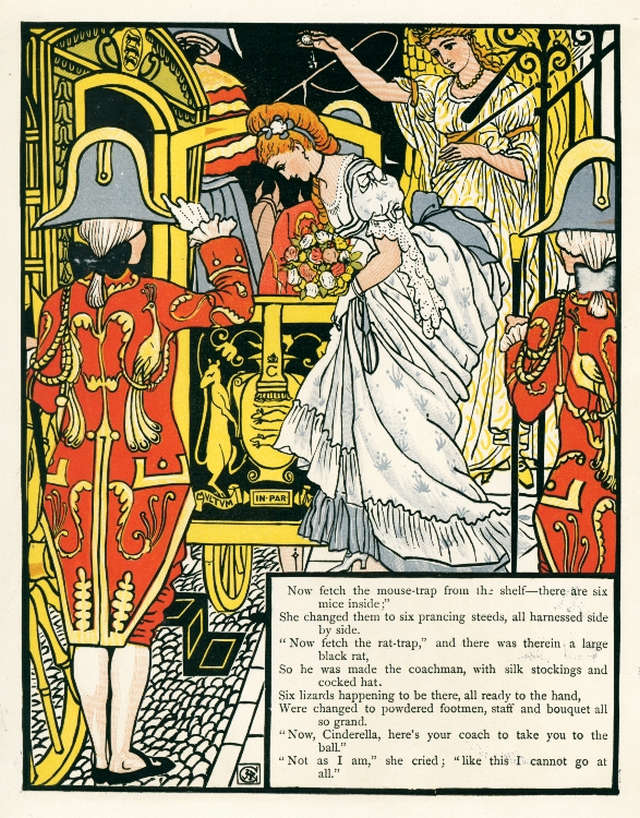 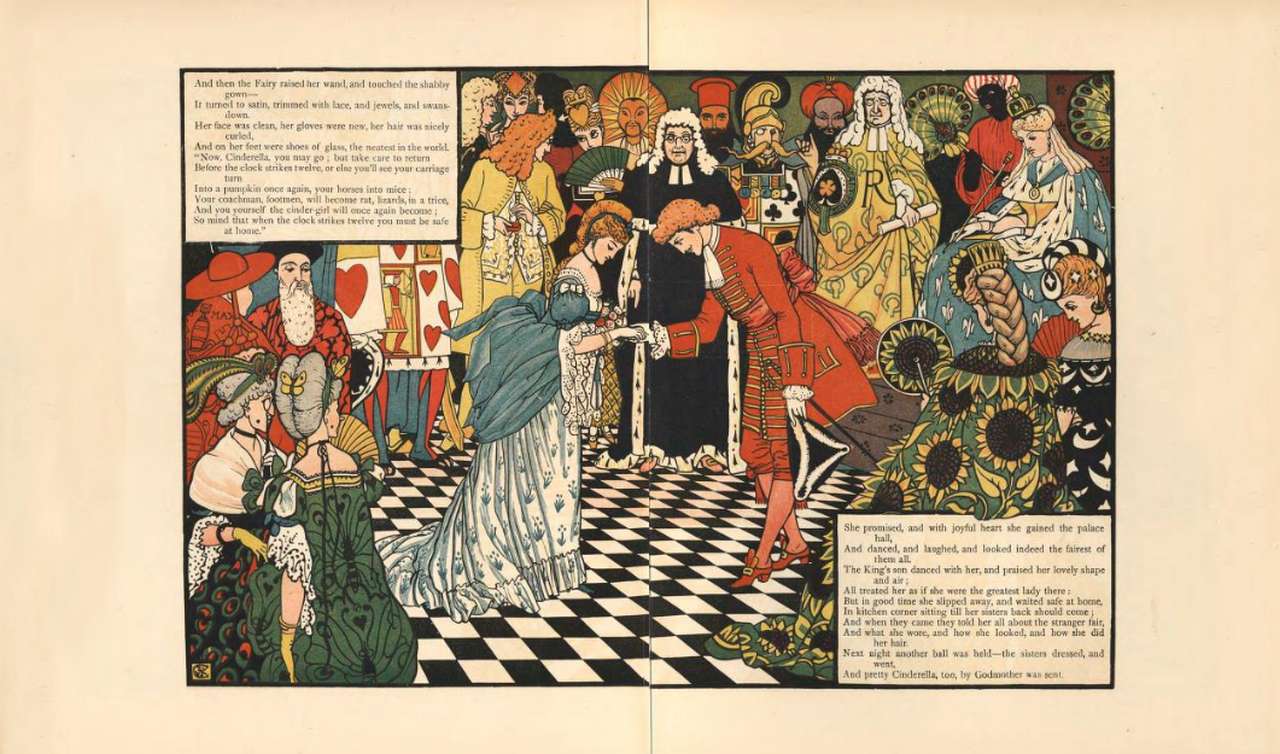 These are facing pages in the book making a single, larger image, giving the artist an opportunity of changing a perspective from portrait to landscape and showing many more details as can be seen in a single page. 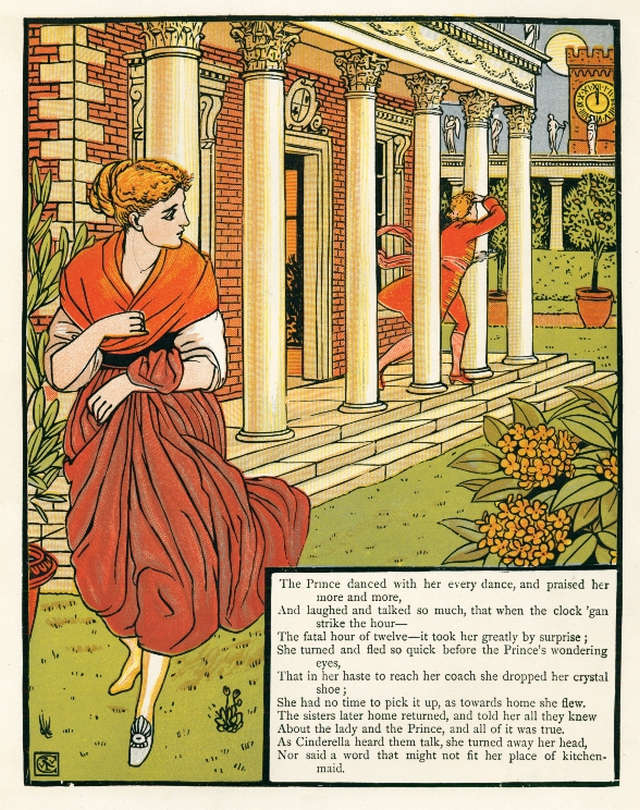 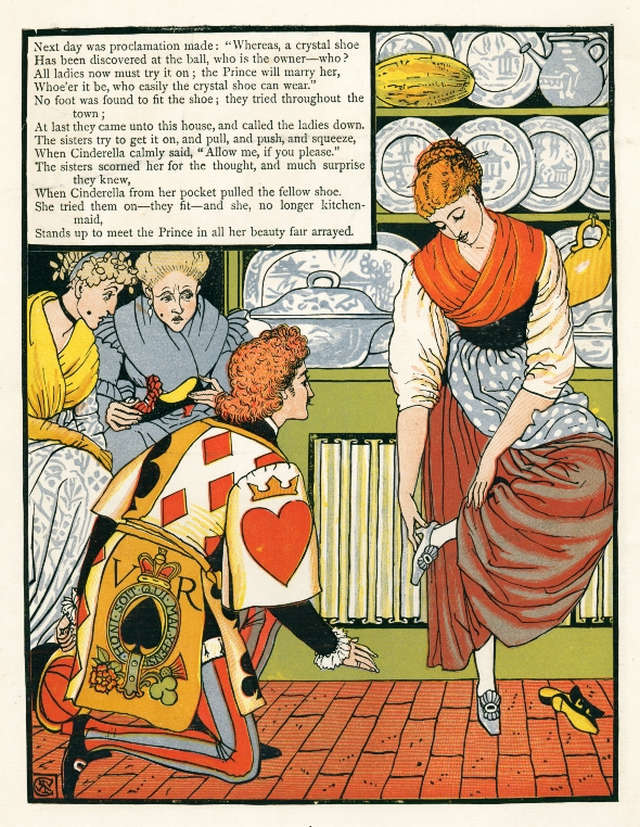 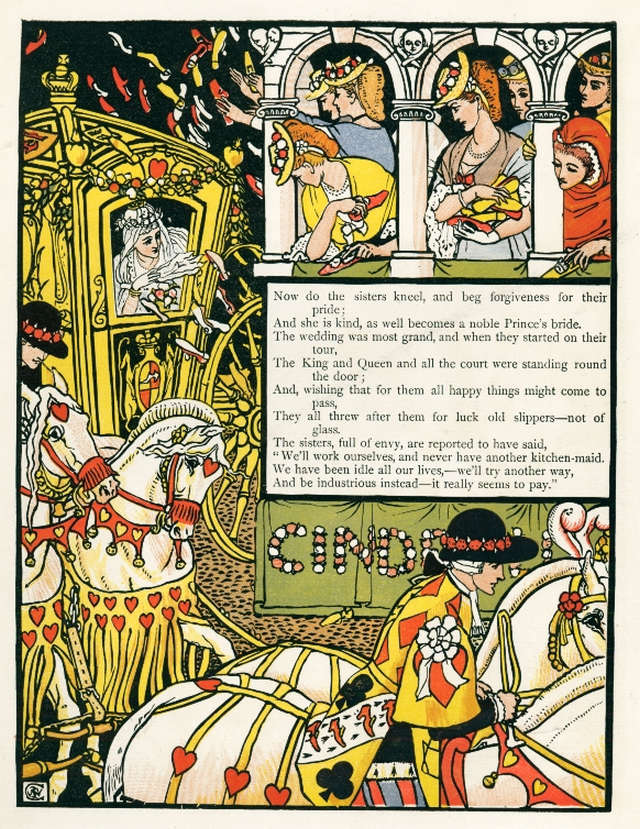 This is a stand-alone version of Cinderella, published by George Routledge & Sons in 1873. It was republished numerous times. In 1893, for instance it became a part of series Walter Crane's Picture Books, Volume III, where it was presented as the first of the three stories (Puss in Boots and Valentine & Orson being other ones) at John Lane, London & New York, with Edmund Evans as a printer and engraver again.
We can see a cover and inside title page below. 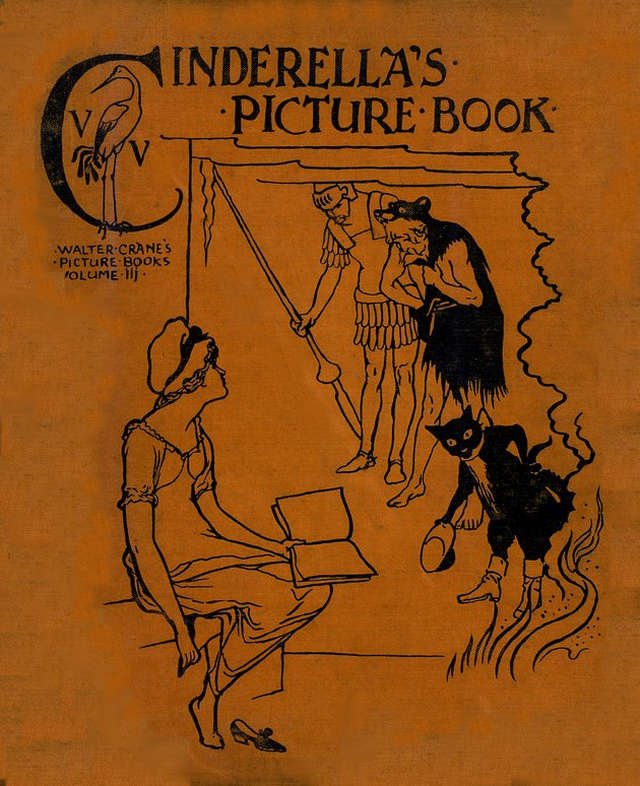 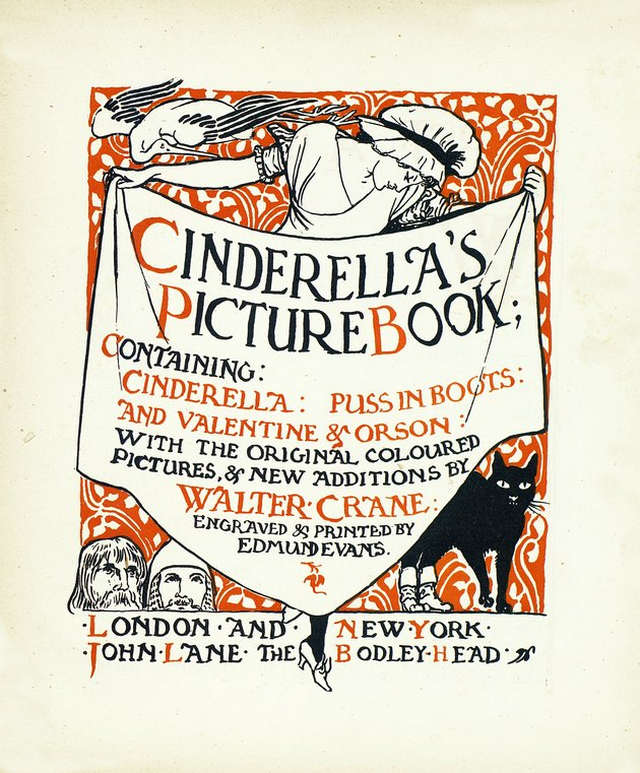 The same material was used again in Walter Crane Picture Books, Volume I, in 1900, by the same publisher, this time as the last one in a set of seven stories (The absurd ABC , The three bears, Mother Hubbard, King Luckeboy's party, The fairy ship , This little pig went to market, Cinderella) which were actually were not all stories and didn't fir together. The aim of the publishers (always in connection with Edmund Evans) was obvious - to squeeze as much money from the existing material as possible.

​Such exploitation of artistic work was obviously one of the major reasons why Mr. Crane stopped working for Evans, despite the fact both together probably made the biggest impact on the development of picture books in history.